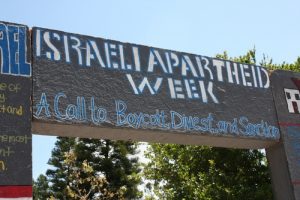 The Biblical Book of Exodus begins with the tale of Pharoah and the Jews under Egyptian rule. Most people are at least vaguely familiar with the story, but few notice that it is the first account of organized, institutional anti-Semitism against the Jews.

At the end of Genesis, we learn that the insight and guidance of one prescient Jew saved the entire nation of Egypt from starvation and anarchy. Joseph, the son of Jacob, correctly foresaw that the region was destined to enjoy seven years of plenty, not knowing that seven dark years of famine would follow. He suggested that Pharoah build storehouses and implement a mandatory 20% tax during the years of bounty, rather than allowing the populace to consume and waste the excess.

Though Joseph came before Pharoah as an imprisoned slave, Pharoah was so taken with his foresight and advice that he appointed Joseph to be his second-in-command, and placed him in charge of this crucial project. Joseph was so successful that, as we see from the text itself, the Egyptians were able to not only feed their own, but even to sell the surplus to residents of other nations – such as ten brothers from Cana’an. Once reunited as a family, Joseph brought the entire clan to settle as a separate but loyal community of citizens under Egyptian rule.

Years later, a new Pharoah was crowned, one who claimed to be unaware of the Jews’ pivotal contribution to Egypt’s survival and enhanced international reputation. He insisted that something must be done about the Jews, for they had too much power. Otherwise, he said, the Jews could show disloyalty, joining those who come to wage war and (commentators differ on this point) either plundering Egypt’s wealth and carrying it off to Cana’an, or even expelling the Egyptians and taking the real estate for themselves.

To be certain, all of Pharaoh’s accusations were baseless lies – until his own blind hatred made them reality. He not only enslaved the Jews, he made their lives impossible, and tried to kill them out by drowning all newborn Jewish boys. The oppressed Jews cried out to G-d, Who punished the Egyptians with a series of plagues that killed their crops, their livestock, and even their firstborn sons. Oral tradition teaches that the Egyptians willingly handed over their wealth to the Jews so that they would leave and stop the plagues.

In the end, another bout of irrational hatred consumed Pharaoh. He ran to wage war against the Jews and drag them back – and he and his entire army were drowned.

Perhaps you find yourself among the many millions of people who believe this story to be nothing more than an interesting fable. If so, it is all the more necessary to ponder why it might be that although the Egyptian nation of that era has disappeared in the sands of history, the lies that Pharoah believed and told about the Jews are precisely those that continue to be circulated to this day:

To which we might add one more: the Jews talk too much about their victimization at the hands of others. After all, they’ve been reading this story for over 3,300 years.

One Reply to “Pharoah and the Jews: a Case Study in Anti-Semitism”