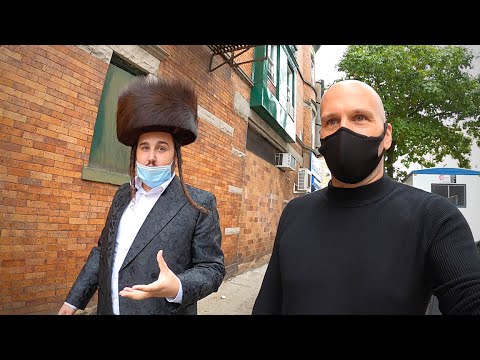 If you want to know about Hasidism, shouldn’t you talk to Hassidim?

I was struck by the JTA’s article, “Rabbi Art Green says the Hasidism that lasts finds sparks of holiness everywhere.” I understand that the real focus of the article is Rabbi Green and his life of service to the Jewish community. I’ve never met nor, to my recollection, even heard of Rabbi Green before, so this certainly is in no way about him or even his scholarship.

But if the Jewish Telegraphic Agency wants to know about Hasidism, especially a “Hasidism that lasts,” shouldn’t they ask a Hassid? Why is it that Hassidism is seen as something to be studied from the outside, rather than encountered? YouTuber Peter Santenello visited Borough Park, Williamsburg and Crown Heights, and learned more about the Hassidic community — and how Hasidism is realized in practice — that one could hope to get from a conversation with a non-Hasidic, non-Orthodox Rabbi who is deemed “one of the world’s leading experts on Hasidic Judaism” in a world with over 100 actual Hassidic Rebbes that one could ask. 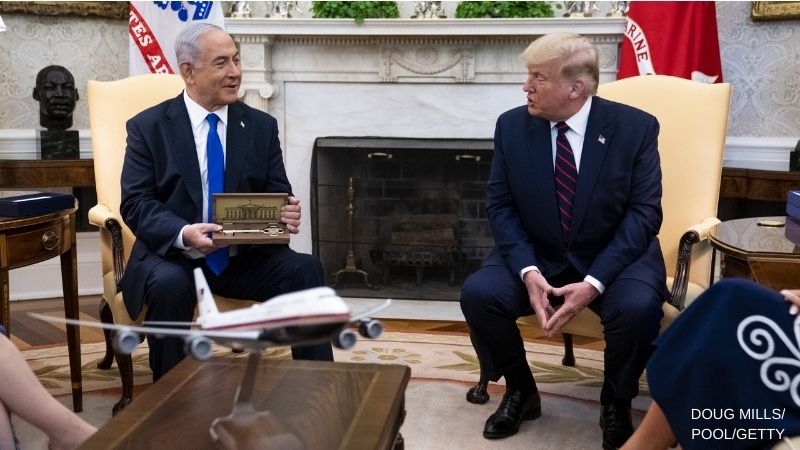 For the past four years, both leftists and Never-Trumpers have warned that President Trump’s support for Israel and the Jewish community was not sincere—that he cares only about himself, and that he would surely turn against us when it served him. Now, after an election likely to bring about the end of his term, Trump has let us know otherwise, with the announcement from Secretary of State Mike Pompeo that the United States will henceforth identify the anti-Israel movement, often known as BDS, as anti-Semitic.

The lame-duck months of a presidency allow a president to express his true sentiments about an issue or cause without concern for the political consequences, especially when his successor is of the opposing party.

We saw this in late 2016, when President Obama waited until after the elections to support the United Nations’ anti-Semitic Security Council Resolution 2334. It claimed that land holy to the Jewish people for thousands of years was “Palestinian territory,” and even asserted that the Old City of Jerusalem, where in 1948 Jews were ethnically cleansed and denied the ability to pray at their holiest site, was “occupied” by Israel in violation of international law. It displayed the bigotry now typical of that once-august body.

What was atypical, however, was the United States’ abstention, which enabled Security Council passage of this despicable nonsense—what the late Charles Krauthammer called “Obama’s most shameful back-stabbing moment.” Later it became clear that, although Obama had promised AIPAC to “have Israel’s back” and feigned surprise when Egypt offered the resolution, there was compelling evidence that his administration was fully behind it from the outset and had timed its introduction so as to not jeopardize congressional Democrats and Hillary Clinton during the election.

In the case of President Trump, the identification of the anti-Israel boycott as anti-Semitic could have helped both him and his party. True, the Orthodox, along with Evangelical Christians and other groups strongly supportive of Israel, were already lining up to vote for Trump. But such an open repudiation of the stance adopted by multiple members of the “Squad” would have forced Democratic candidates to choose between a far-Left position and that of the Republican president.

The statement itself expresses nothing that the knowledgeable do not already know. The Orthodox Jewish community is most intimately familiar with the long history of anti-Semitism, classic understandings of its origins and its key indicators. A recent survey by Ami Magazine revealed that Orthodox Jews familiar enough with BDS to have an opinion recognize it as anti-Semitic by about 25 to one.

BDS is also, pragmatically speaking, among the most demonstrably counterproductive efforts in the millennia of peacemaking attempts. While its claimed intention is to bring Israel to the negotiating table, it is a simple matter of public record that expressions of support for the labeling of Israeli goods, much less for a boycott, drive Israel away from the speaker and the government that he or she represents.

“BDS” is merely a new label for the Arab League boycott first enacted in 1945 against “Palestinian goods”—something to ponder the next time someone says that Arabs are the real Palestinians. Its goal, then as now, was neither fairness nor the establishment of a country, but the destruction of Israel.

Its main impact is not felt in Israel, where, as the Abraham Accords most recently demonstrated, the old Arab boycott is in collapse and investment in the nation’s flourishing medical, technology and other businesses is only growing. Rather, its greatest influence is on the American college campus, promoted most prominently by organizations such as Students for Justice in Palestine.

This student group honors mass murderers, ranking officials in terror organizations and “academics” who explain why terrorism and murder against Jews is the fault of the victims. The fact that such a racist and barbaric endeavor has more than 200 university chapters illustrates the extent of the problem.

Many have blamed President Trump for turning support for Israel into a partisan issue, simply by making so many dramatic pro-Israel moves over the past several years. But the president sacrificed whatever political points he might have scored with this announcement. The Biden administration must now endorse his denunciation of BDS, lest it make support for Israel, and indeed the fight against anti-Semitism, a partisan position. 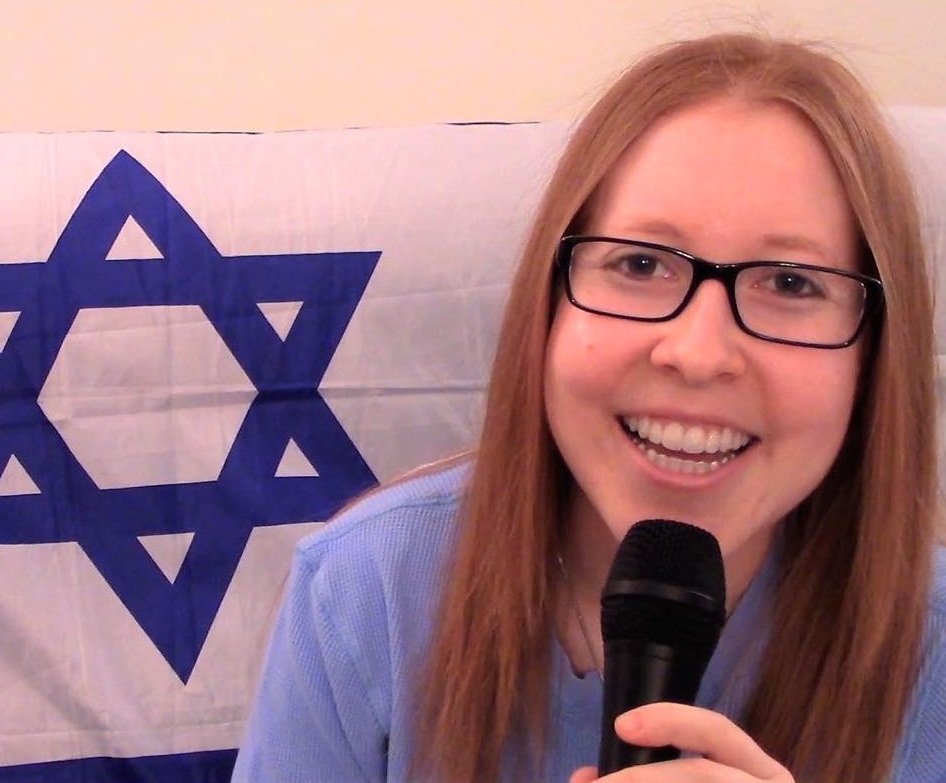 We talk about intersectionality, progressivism, and the endorsement of the Anti-Semitic hate group, Students for Justice in Palestine. And we talk about helping young Jews to understand their heritage, and the truth behind why they are hated. 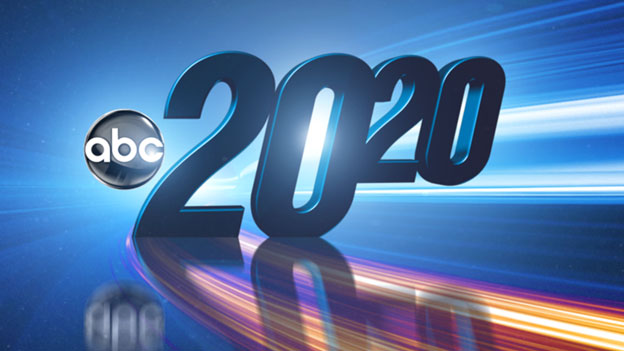 I paid no special attention to the 20/20 interviews with either President Trump vs. Leslie Stahl or former VP Biden taking softballs from Norah O’Donnell, until someone commented on Twitter with a 2-minute clip. What I soon learned is that the left can only agree that Orange Man Bad, but not why. It’s fascinating.

Also, a Princeton alum offered a series of events proving the decline of racism in America as proof of racism. He may claim to be “Seeking a New Anti-Racist Normal in Theater,” but if he keeps up his current practices and ideology, he will only make matters worse. 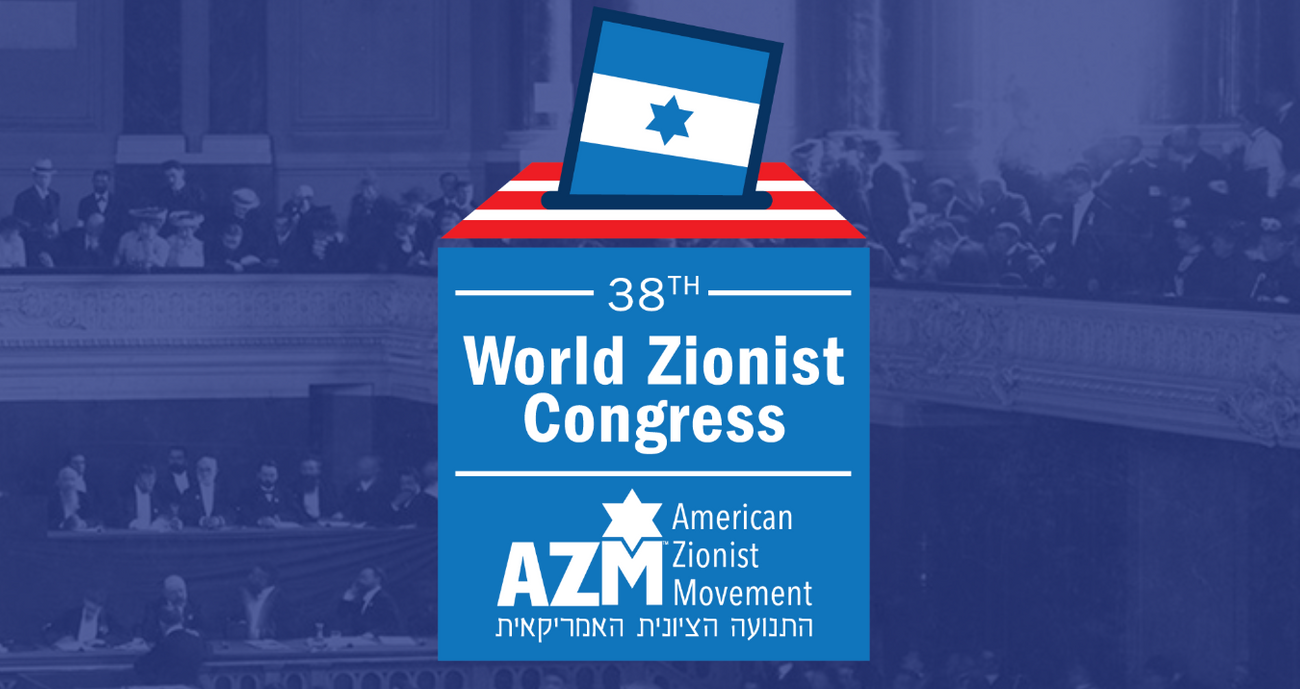 ARZA and Mercaz USA were unable to motivate even 2% of their claimed memberships to vote in the World Zionist Congress elections. So they did the next best thing: try to upend the results and disenfranchise the new Charedi slate, in order to retain power.

All of what I say here is documented for those who wish to verify. 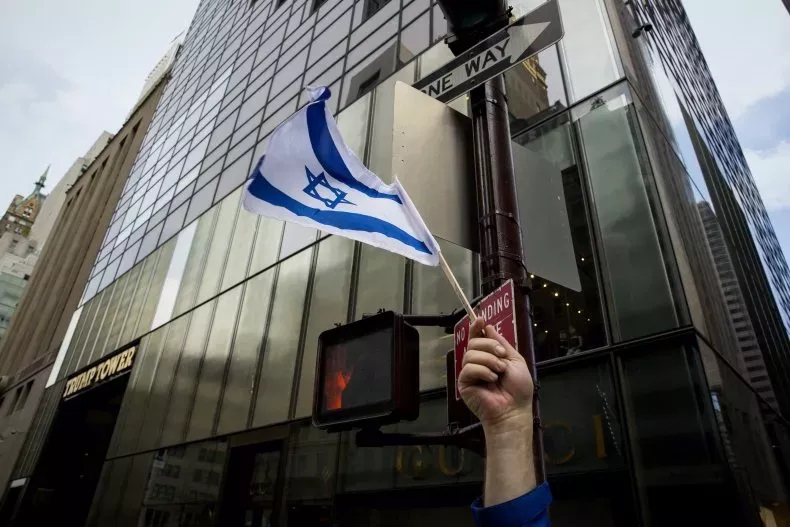 Yes, there is a Jewish vote: an I24News poll determined that 63.3 percent of Israelis would prefer to see President Donald Trump reelected, as opposed to 18.8 percent for Joe Biden. The majority believe that electing Biden would be harmful to the relationship between the U.S. and Israel.

But even this difference pales in comparison to the new poll from Ami Magazine, which determined that 83 percent of the Orthodox, and fully 95 percent of the Charedi, traditional Orthodox, support the reelection of the president. Among Charedi respondents, only 2 percent said they plan to vote for Joe Biden. 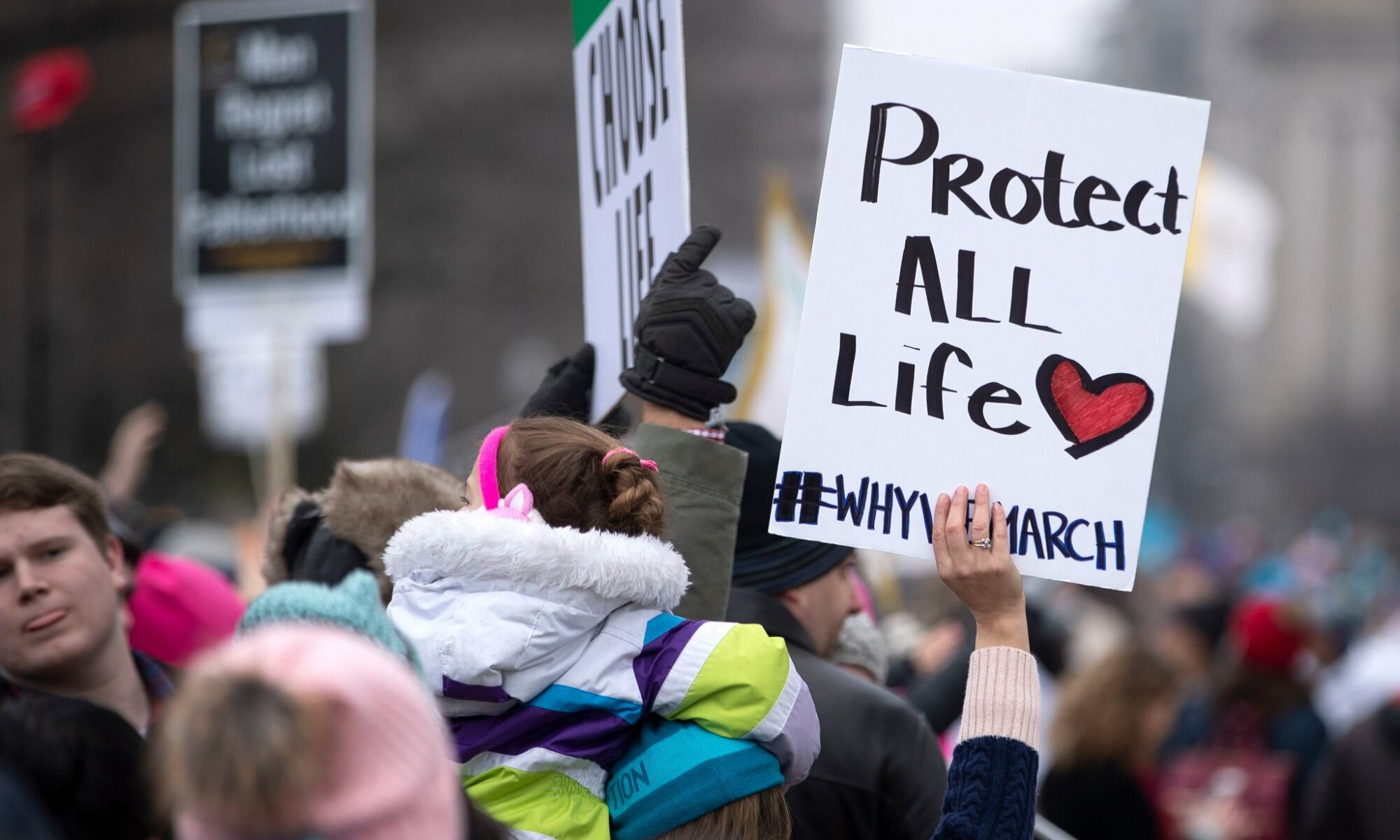 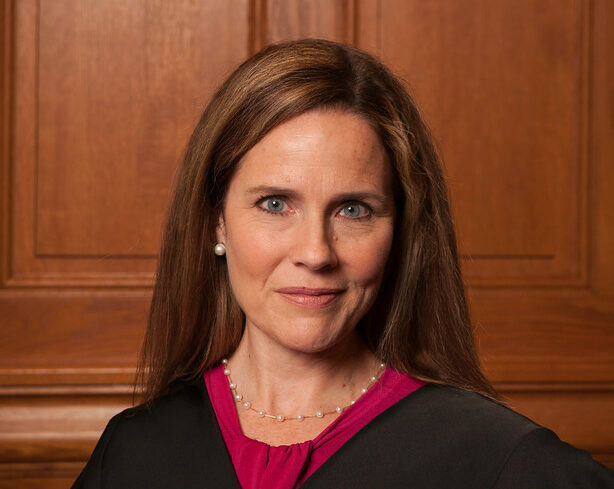 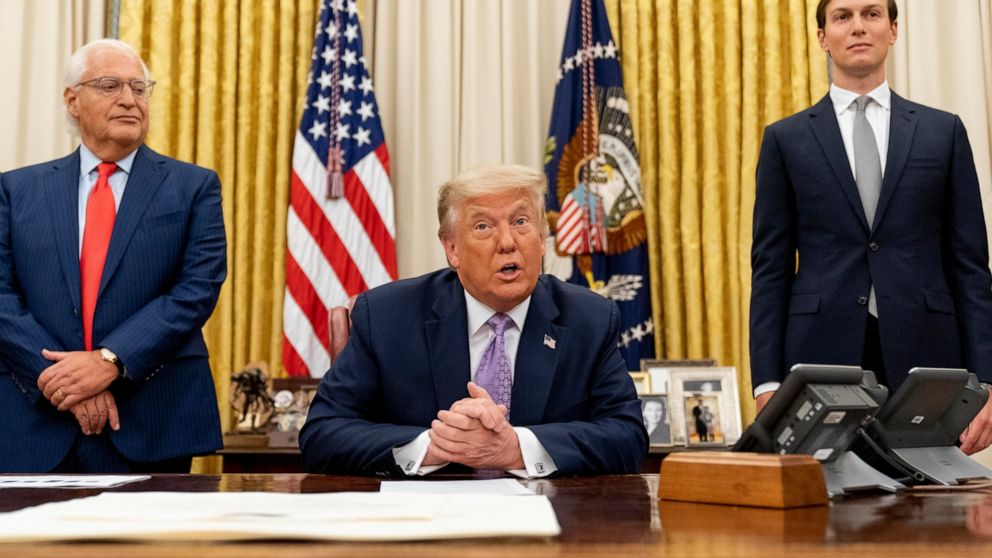 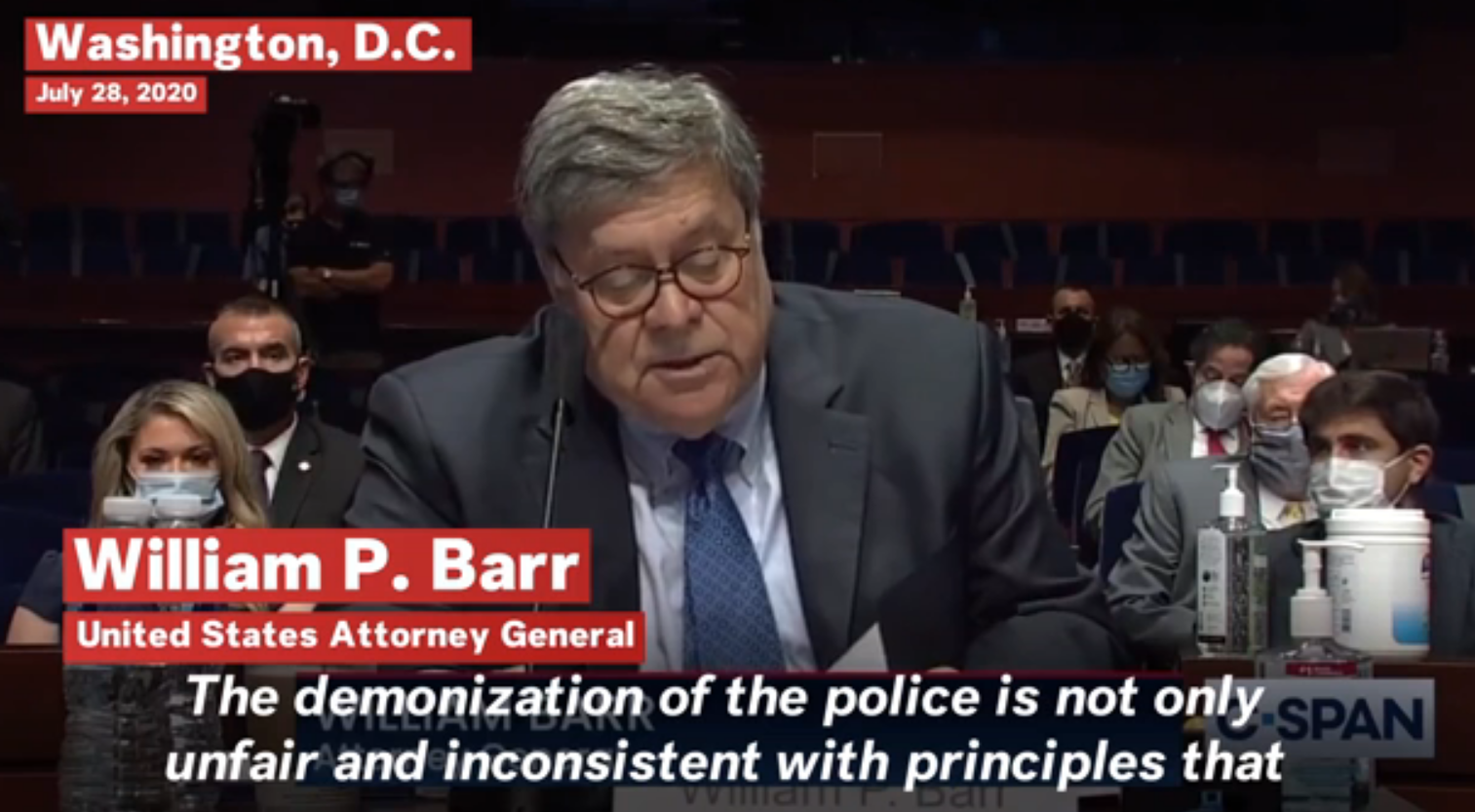 The key problem with the demonization of law enforcement, apologetics for violent riots and even taking a knee, is that one searches the globe in vain for a national government doing a substantially better job. And when one encounters a government dealing with racial diversity—and even animosity—yet striving similarly for safety and equality, such as Israel, we find that the same people calling to defund public safety in America would also defund defense from murderous terrorism abroad. So is their goal to disrupt a hopelessly broken system, or to destroy the best that civilization presently has to offer?