The Mishnah at the end of Sotah talks about the Messianic era. Among the many things that it says (e.g. Chutzpah Yisgeh, that brazenness will be common), it records that “the face of the generation will be like the face of the dog.” 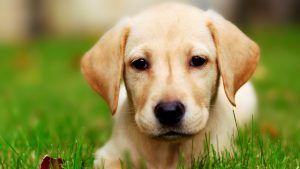 Rabbi Yisrael Salanter, founder of the Mussar movement, explained the Mishnah as follows: When you take a dog out for a walk, the dog goes running ahead, and to the outside observer it might look like the dog is leading, and you are following. But what if you decide to turn right at a corner, and the dog continues on ahead? Within seconds, the dog will be out in front of you once again, running ahead in the new direction you have chosen. The dog isn’t really leading at all.

This, he explained, is what the Mishnah means when it says “the face of the generation” will be like the face of a dog. The leaders will only walk ahead of us the same way a dog does — taking us where we want to go.

R’ Yisrael never lived in a democracy, and probably knew nothing of what was going on in England, France and the United States even during his lifetime (1810-1883). Yet he described democracy accurately. We choose leaders to take us in the direction we want to go, and if we don’t like the direction in which they lead us, we elect new ones who will do it better.

Even if that is a desirable form of government under current circumstances, it’s quite certain that religion isn’t supposed to work that way.

I’m working on a longer article about this, but the Conservative movement has now clarified that the Mishnah, with R’ Yisrael’s commentary, was talking about religious leadership as well. Confronted with a dramatic decline, the movement has hired a PR firm, which has polled hundreds of member families to determine how the movement should “rebrand” itself.

It is truly the leadership that R’ Yisrael told us to expect — much as we might never have believed it.