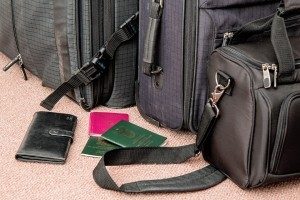 In this week’s reading, Joseph reveals himself to his brothers as second-in-command over all of Egypt. Due to the famine, he encourages the entire family to join him, but does so with unusual language: “Hurry and go up to my father, and say to him, ‘so says your son, Yosef: G-d has placed me as Master over all of Egypt; come down to me, do not stand still'” [45:9]. Go up to my father, he says, and tell him to come down to me.

When they do, in fact, come to join him, the Torah tells us that “Yosef settled his father and brothers, and gave them a holding in the Land of Egypt, in the best of the land, in the land of Ramses, in accordance with Pharaoh’s command” [47:11].

Consider, then, what the brothers say to Pharaoh: “we have come to dwell in the land, because there is no grazing for the flocks that belong to your servants, for the hunger is heavy in the Land of Canaan; and now let your servants please settle in the Land of Goshen” [47:4]. The word for “to dwell,” lagur, comes from the root Ger, the word for stranger. The brothers are telling Pharaoh: we come simply to be strangers, to dwell here temporarily. We know this is not our home.

Remember that at the time, the Jewish Family comprised all of 70 people (see 46:27). All of them moved to Egypt, none were left behind in Canaan. They built new houses on the most valuable real estate. They built a House of Study (see Rashi on 46:28). One of them was the Viceroy of the entire country, which was, at the time, arguably the most powerful in the world. They had a new home, away from the famine — why would they plan to move back? Why would they want to move anywhere at all — and why would the tell Pharoah? It would be like Senator Marco Rubio announcing future plans to move his family back to Cuba: it seems to make no sense, and to be bad politics as well.

From the brothers, we learn two things. First of all, the connection of the People of Israel to the Land of Israel is unlike any other. G-d made a promise to Abraham: this, Canaan, will be your permanent Land. I am giving it to you. No matter where else in the world you may find yourself, you only have one homeland.

And second, the brothers knew that Pharaoh wanted to hear this. It wasn’t bad politics, it was good politics. “We’re Jews. We know we’re different. And despite current circumstances, we know we’re not going to settle here permanently, and simply be part of you, the Egyptian nation.”

Even as belief in the G-d of the Jews has spread around the world, other nations still regard the Jews as a different people. Whether given welcome or oppressed, we are different. And to that extent, we are not truly home in any other land. The brothers tell us: we must always look forward to going home.