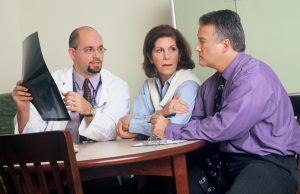 In the wake of the declaration by the leading rabbis of Agudath Israel of America (a body called the Moetzes Gedolei HaTorah, the Council of Torah Sages) regarding Open Orthodoxy and its institutions, many seem to have confused issues of Jewish practice with Jewish doctrine.

The JTA’s article about the Council’s statement concluded by noting that “it comes days after the RCA formally adopted a policy prohibiting the ordination or hiring of women rabbis,” thus connecting and implying a close relationship between the two. The Jerusalem Post discussed the Agudah and RCA statements within one article, further blurring key distinctions. Many comments in social media, as well, focused upon women as rabbis or other particular observances of Open Orthodoxy as issues of concern to the Agudah Council.

The Forward, always anxious to cast Charedim as angry or violent, declared that “Agudah Rabbis Declare War.” Asher Lopatin, Dean of Open Orthodoxy’s Yeshivat Chovevei Torah (YCT), wrote a response to the statement in which he argued that Open Orthodoxy stands for “creating an inclusive, welcoming, open community, where passionate Jews can, and should, disagree, but should never seek to impose their own ideas on others…” and will “continue to build an Orthodox community which brings us together rather than divides us.”

The Moetzes, however, made no mention of women rabbis. It did not discuss observance of particular elements of Halacha, Jewish law. And, of course, it said nothing about political control or impinging upon the right of any Jew, passionate or otherwise, to disagree. A medical analogy is apt: if someone has headaches due to a life-threatening illness, Tylenol will not cure him; attention must focus upon the underlying disease.

Lopatin is being less than forthright. For better or worse, “Orthodox” is a moniker with meaning. In the common vernacular, Orthodox Judaism is understood to be that “form” of Judaism committed to the credo maintained by Jews for thousands of years. Just as the Reform movement sought to unilaterally change the definition of Judaism 200 years ago, Open Orthodoxy seeks to impose a new definition upon the word “Orthodox” (and has even attempted to stifle dissent as it does so).

The statement of the Moetzes addresses one issue, and one issue only: that Open Orthodoxy and its institutions “reject the basic tenets of our faith,” and therefore “is not a form of Torah Judaism.” It is not about specific Open Orthodox practices, which Halachic opinions it follows, or who they do or don’t count for a minyan. The issue, said the Council, is what Open Orthodoxy believes.

As the Agudath Israel spokesman, Rabbi Avi Shafran, told the media, this is something the rabbis were “mulling around for months.” Nothing that they said is either surprising or new to those who have followed discussions of this new movement.

Over two years ago, Zev Farber, recipient of the highest form of ordination from Chovevei Torah and the former coordinator of the Vaad HaGiyur, the Conversion Council of Open Orthodoxy’s “International Rabbinic Forum,” wrote that “the Deuteronomic prophet,” whom he pointedly did not identify as Moses, “was still a human being” of “limited scope… [who] could not reasonably be expected to work towards correcting faults he did not see.”

Needless to say, this is to traditional Jewish belief as a ham sandwich is to kashrus.

Yet rather than condemning this statement outright — much less questioning the validity of conversions conducted under Farber’s supervision — others within the Open Orthodox community called this merely “a non-conventional answer” at “the outer boundaries of Orthodox thinking on this subject.”

The above is but one example. What the Moetzes concluded, after examining statements and conduct across the range of Open Orthodox institutions, was that it could not remain silent, hoping that this sort of excess would disappear and more sober opinions, ones consonant with traditional Judaism, would dominate. On the contrary, representatives of Open Orthodoxy continue to state, and educate others to adopt, beliefs not merely at “the outer boundaries of Orthodox thinking” but several light years beyond.

There are those, particularly in the Reform movement, who advocate for a “big tent,” in which most anything can claim to represent “Judaism.” Traditional Judaism has always taken a different approach, requiring observance of 613 Commandments and a similarly comprehensive list of beliefs, thirteen of which are so fundamental that Maimonides identified them as mandatory for anyone wishing to self-identify as a “Torah-observant” Jew — that which we have called “Orthodox” in recent centuries.

In the end, it’s not about women, exclusion, or politics; it’s about truth in advertising. It’s about ensuring that when people are told that a particular opinion is “Orthodox” or grounded in traditional thought, it actually is. And in that regard, the Agudah’s Council has done the Jewish public a great service.