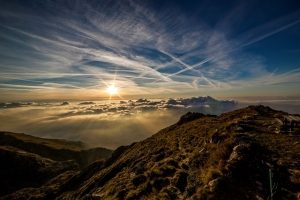 It is as predictable as sunrise. At roughly this time of the year, someone claims the mantle of religious authority in order to announce that Avraham “failed” the test of the Akeidah, of sacrificing his son. Why? Because, the speaker insists, Avraham should have told G-d that murder is wrong, and refused to follow the Divine Command.

This neatly turns Judaism on its head.

The Torah teaches us that we are not at liberty to make our own judgments about what is morally justifiable or correct. Why? Because a person judging his or her own moral behavior is similar to the proverbial fox guarding the chicken coop. There is a famous adage about Aristotle deviating from his own philosophical principles, and defending his conduct by saying that “now I’m not Aristotle.” Whether or not the story is apocryphal, it is certainly logically consistent — temptation and personal bias can lead a person astray, even from his or her own teaching.

In Avraham’s time, child sacrifice was a common practice. He was the one who recognized the authority of a single G-d over Heaven and earth, rose to the level of prophecy, and, with his prophetic insight into G-d’s Will, taught humanity the principle that every life is sacred.

The supreme test of Avraham’s loyalty was to ask him, in one fell swoop, to do away with decades of teaching about proper moral behavior, a career encouraging belief in the one true G-d, the son who was following in his path, and the promise of generations of descendents. He was called upon to destroy everything he had worked for in his entire life, and what did he say? “Hineni,” I am here. He knew that what he thought about morals and virtue, and all his other biases and wants, must be set aside in favor of what G-d demands of him.

It is precisely that commitment to place G-d’s morality ahead of our own judgment that has enabled us to follow Jewish values under incredibly trying circumstances. Where did we get the strength necessary? We inherited it from our fathers!