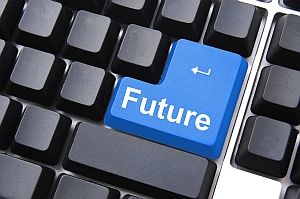 The Torah reading begins this week with three seemingly unrelated laws. First it teaches us how an Israelite soldier must conduct himself if, in the course of capturing a city, he is attracted to a captive woman. Then it explains the laws of inheritance if a man has two wives, and would like to give preference to the eldest son of the wife he loves, although that son is younger than his true firstborn, who comes from a wife he dislikes. And finally, the Torah tells us about the wayward son, who sets himself on a path of evil.

Rabbi Shlomo Yitzchaki shows us that the Torah is teaching a profound lesson here. First of all, recognizing human nature, the Torah does not offer a blanket prohibition against marrying a captive. The morally reprehensible conduct of most victorious armies is, of course, prohibited — even if a woman beautifies herself in the hopes of winning a soldier, which was apparently not uncommon. Rather, the Torah demands that she be brought to his home, that her fine clothing and jewelry be exchanged for garments of mourning, and that she cry for her lost family. Rashi explains that the Torah is ensuring that the heat of the moment passes, and she appears in ugly clothes without makeup, the soldier has an opportunity to reconsider his rash interest.

The Talmud in Sanhedrin says (with one dissenting opinion) that the laws of the wayward son are so intricate and difficult that they were never actually carried out. The Torah made it impossible, practically, for a young man to be punished with death for having disobeyed and stolen (specifically meat and wine). If so, what was the purpose of telling us a Commandment that was never applicable? The sole purpose of this passage, then, is the moral lesson to be derived from it.

The Torah does not tell us in every case that a behavior is prohibited. Human beings have different needs, and what may be appropriate and even beneficial for the spiritual growth of one person may be detrimental to another. Each individual must have the opportunity to choose the good, facing an inclination that wants to fool him or her into thinking that any permitted action will lead to a positive end. As we know, the world doesn’t work that way.

Sometimes, two people can ask a Rabbi a what appears to be the same question, and receive very different answers. This often has to do with the circumstances surrounding the question. It’s acceptable to eat kosher fruit off a nonkosher plate, if invited to a dinner where it would seem impolite not to eat anything at all. Does that mean it’s a good idea to keep nonkosher plates in your house, to use only for cold items? Of course not.

One must look down the road at the likely results of his or her actions: “who is wise? The one who perceives the future” [Talmud Tamid 32a, see also Rebbe Shimon in Chapters of the Fathers 2:13]. The Torah is warning us that you can’t simply look at the list of Commandments and say “it’s not forbidden, so it’s okay.” Nothing is so simple. The Torah is trying to set each person on a path of individual growth, and one must, with guidance, look to the future and choose the path that will lead to greater heights.