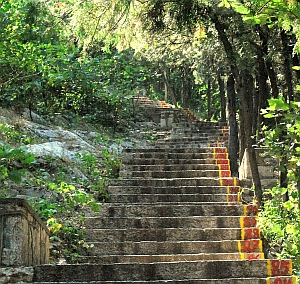 This week, the Torah makes us uncomfortable. It tells us something that we don’t want to hear: that there are harsh consequences if we turn away from G-d and His Torah. We are His nation, and our lives and successes depend upon remembering this. The Ohr HaChaim reminds us that we’ve heard this before, in the Torah portion Bechukosai at the end of Leviticus. Why does the Torah repeats the curses, at double the length — and, unlike the first time, not follow with words of consolation?

He explains that the first set speaks to us as a nation, in the plural, leaving open the possibility that we might get the wrong idea: as long as part of Israel is doing the right thing, perhaps HaShem won’t be concerned about those doing evil. Thus the second set speaks to us as individuals — and, of course, the Torah cannot guarantee that every individual will experience, in this world, the consolation of Israel that follows. The Torah reminds us once again that every individual Jew is part of the entire nation, and we are all responsible for each other.

Recently, two Rabbis wrote op-eds debating the importance of intent versus practice. The first Rabbi argued that a person on a path of growth is “on the spiritual scale, light years beyond those who go through the motions.” The second countered that “putting too much emphasis on intention… [can] mislead people into thinking that the intent is equal to, or even more important than, the act itself.”

They are both right.

It is obvious that both the one who is filled with spiritual feelings of closeness to God yet does not act upon them, and the one who performs the Commandments but without feeling or devotion, suffers from a profound lack. Both of these things must travel together.

At the same time, however, we cannot minimize the accomplishment of being “halfway there.” The first Rabbi wrote his reflections after speaking with a woman who felt tremendous spiritual motivation, yet felt that a particular area of Jewish practice (which he left unspecified) so intimidating that she felt unable to move forward. And she felt unable to do even that with which she was fully comfortable, because of the philosophical hurdle she had yet to overcome. And on the other side, those who lack inspiration inevitably feel their observance falling away, because doing a ritual without feeling can leave a person simply feeling worse than before.

In both cases, a person’s bad inclination is trying to convince him or her not to do the right thing. Every single positive step has tremendous value, and that includes both the person who prays with sincerity but does not fully observe, and the person who observes everything but lacks emotion. Focusing upon the negative simply leads a person to a feeling of hopelessness, while placing our attention upon the positive leads us to aim higher in the future.

When I founded Project Genesis over two decades ago, I recall speaking to a Rabbi who was and remains one of the leading figures in Jewish outreach. Unlike many others, he was not enthusiastic. He said to me: “the goal of Jewish outreach is to help an uninformed Jewish person go from 0 to 1000. What you are doing can only help a person from 0 to 1!”

The years that followed proved him mistaken, in that many people found their Jewish lives tremendously enriched even if their sole source of inspiration came via the Internet. [Many of you have shared stories with us; I hope that if you are reading this and have a story of your own growth through Torah.org and other programs, that you will send it to us, either privately or in the comments.] But that was not why he told me, nearly a decade later, that he had changed his mind. Rather, it was the realization that one is infinitely greater than zero.

Every step up has tremendous value, and must inspire us to continue to grow in both spirituality and practice, every day of our lives.