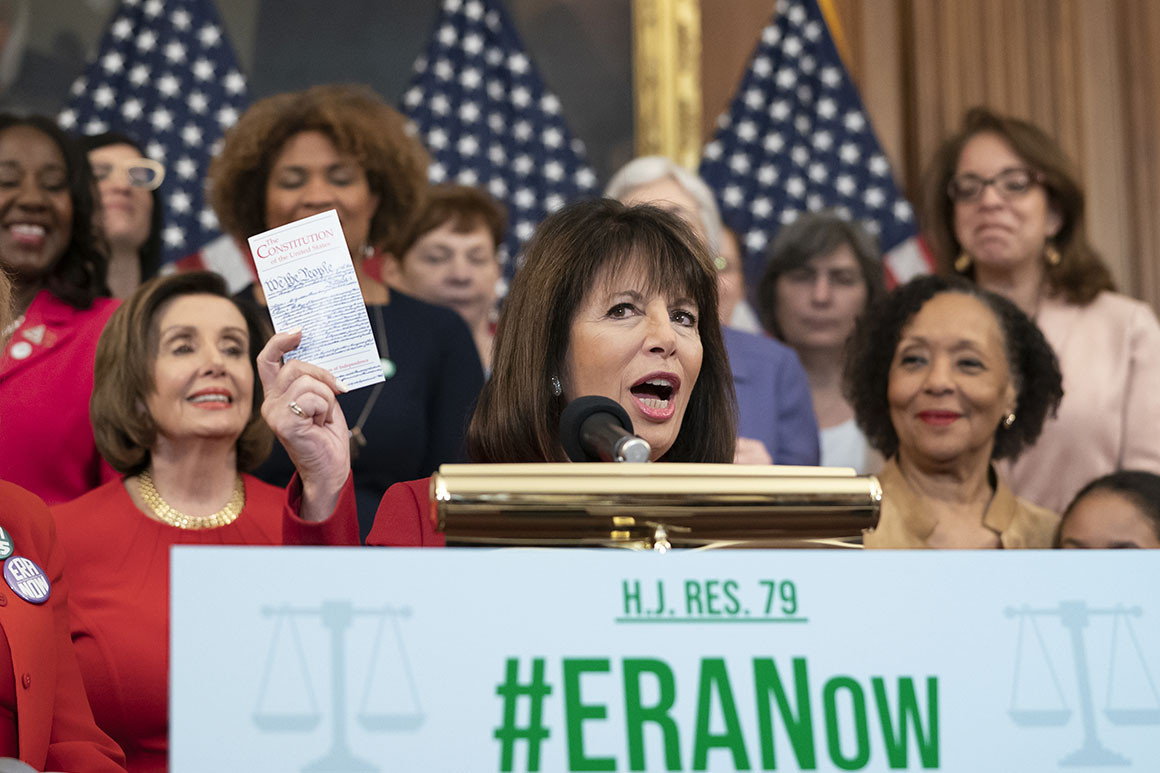 In this podcast I discuss House Democrats’ effort to resurrect the Equal Rights Amendment nearly 38 years after its timely death.

Articles referenced begin with CBS News on the House vote and a Washington Post article from 1981 on the expiration of the ERA.

See also the DOJ’s guidance on the expiration of the ERA, and the outrageous outrage from the left at Ruth Bader Ginsburg, for having the audacity to put the law first, and her own ERA advocacy second.

It is clear that the ERA would force taxpayer funding of abortions, and give men a constitutional right to use women’s restrooms. This would exclude women from sports competitions and scholarships, because biologically a person who gets regular doses of testosterone through puberty gets an insurmountable advantage.