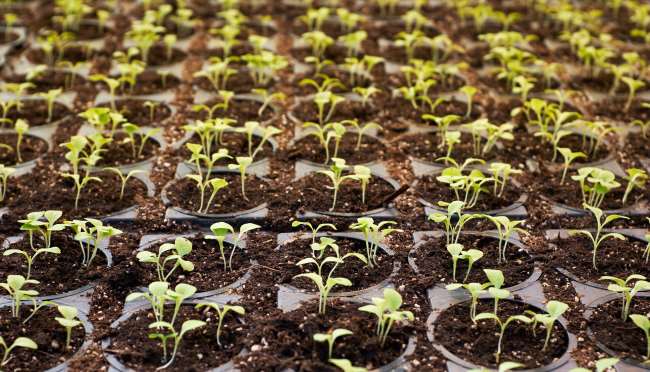 For seven days and nights, Aharon and his sons sat at the entrance to the Tabernacle, as they were commanded to do. Then the eighth day arrived, the first day of Nissan, a year after leaving Egypt, and it was time to bring the first offerings to G-d.

Rabbi Yaakov Galinsky zt”l (o.b.m.) is struck by that last expression, “like the first one.” Why does the Torah emphasize this point? Yes, the Torah describes the process in more detail the first time, in the previous verses. But we have a model for how a sin offering is to be done, as there is a (different) process for an elevation offering. It is unnecessary to tell us that Aharon did it the same way — and indeed, in the very next verse it says, “And he brought the elevation offering, and he prepared it according to its laws.” So what was the point of underscoring that Aharon brought the sin offering “like the first one?”

Rabbi Galinsky explains: the Torah is telling us that Aharon prepared the sin offering on behalf of the nation, the third offering which he brought in the Tabernacle, with precisely the same excitement that he had the first time, exactly as if this were the first sin offering he had ever brought! That is what it means, “like the first one.”

It is simply human nature that when we do a particular action repetitively, or even see a particular site often, that the impact naturally diminishes. The tour guide leading people down to the Grand Canyon does not gasp along with the tourists. Even those who pray at the holy Western Wall every day may no longer feel as they did the first time they touched its stones — but we know that we all should.

When I was a student in Lakewood, Rav Shlomo Wolbe zt”l, a tremendous scholar and teacher of Mussar (spiritual and ethical improvement) came from Israel, and spoke in the yeshiva during his visit. People came from everywhere for the special privilege of hearing him, including people who were no longer in the school or who studied elsewhere. Needless to say, most every student was sure to attend.

To me, this was the biggest lesson of his address that day.

The reason is that I had previously studied in “Lakewood East,” the branch of the yeshiva located in Jerusalem. Rav Wolbe was the father-in-law of the Rosh Yeshiva (Dean) of the Jerusalem branch, (ylctv”a) Rabbi Yaakov Schwartzman shlit”a, and Rav Wolbe spoke in that yeshiva once every two weeks.

While I would hardly say the room was empty, people naturally try to postpone other tasks until they are done studying with their partners (which is how most learning is done in a yeshiva). People are much less particular about staying for “mussar seder” when other things arise. So the room was much emptier than earlier in the afternoon. They didn’t “pack in,” they “packed out.” It’s that same element of human nature: people specifically came to hear him when they knew they might only be able to do so once, but those who could hear from him biweekly willingly gave up the opportunity.

The Haggadah tells us that every person is obligated to see him or herself “as if he left Egypt,” personally experiencing the miracle of the Exodus, and the gratitude to G-d for bringing us out of slavery. We are told that every Jewish soul was at Mount Sinai, that we ourselves experienced the Revelation. And we say in our prayers that G-d “renews the work of Creation, every day, constantly.”

Like Aharon, we must learn to take advantage of each once-in-a-lifetime spiritual opportunity!