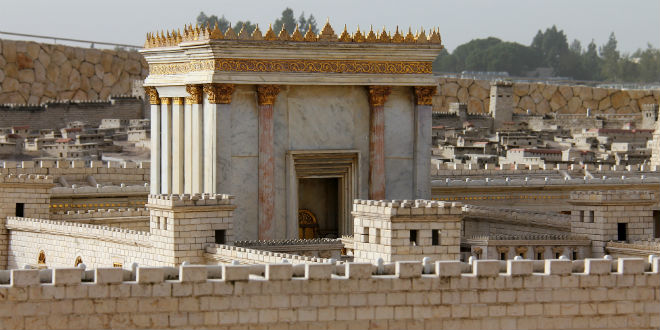 There is a lot of misinformation about the Chanukah holiday. People teach that the Greeks took over Israel, the Jews fought back, the Jews won the battle, and then there was the miracle of the oil — enough oil to explain the Menorah, Latkes, and Sufganiyot (Israeli jelly doughnuts). That one small flask of oil certainly went a long way.

But if there is one phenomenon that exemplifies the confusion, it would have to be the Maccabiah Games. It offers young Jewish athletes from around the world the opportunity to participate in… a pale imitation of the Olympics, which are, of course, modeled after the original Greek games. We, too, can be just like the ancient Greeks!

And that is exactly the wrong message. Because the victory of Chanukah came from being as unlike the Greeks as one could imagine.

The war that gave us Chanukah was not fought between Jewish Maccabees and the Greeks alone, but the Jewish Maccabees versus Hellenized Jews as well. There were many Jews who fell for the Greek ways, and their glorification of the human body — the reason behind the original Olympic Games. Jews competed in those games, and worshiped Greek idols.

The Maccabees were the very opposite of the Greeks. They neither celebrated nor possessed physical or military prowess; it made no sense that they won the war. The Medrash says that with prayers alone they felled thousands of Greek officers, leaving the military in disarray. The miracle of the oil was only one of many miracles that happened at that time, but showed Divine favor towards the Maccabees. The war did not end before Chanukah; it continued for several years after the miracle of the oil. But at that point to the Maccabees knew that they would emerge victorious.

In this week’s Torah reading, which is always read during Chanukah, we find a similar sequence of miracles happening to Yosef. He was sitting in an Egyptian prison, jailed because of a false accusation. Thus he could have despaired — but instead knew that everything came from G-d. And when it was time for him to leave that prison, he went from prisoner to viceroy, second only to Pharoah, in just a few hours. Another person could have lost his mind from this sudden, bizarre change of circumstances, but Yosef knew that it was all in accordance with a Divine plan.

Yosef knew that the dreams he had as a young man were prophetic revelation: he would eventually rule over his brothers. And it was the plot of those same brothers, their selling him to be a slave in Egypt, which led to the fulfillment of that prophecy! It makes no more sense than the idea that a single prayer could kill Greek military officers, but there it was.

The lesson of Chanukah is that, just as with Yosef, things are not as they seem. Everything is happening according to a Divine plan, though it may be beyond our comprehension. The Jewish obligation Is to recognize that “many are the thoughts in a man’s heart, but it is the prescription of G-d which will be fulfilled” [Proverbs 19:21]. Chanukah tells us that our path is not one of physical, intellectual or business prowess, but Divine Intervention. And in the end, victory is preordained: the Jews survive against all odds.