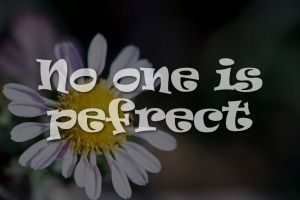 In this week’s reading, we begin the third of the 5 Books of Moses, Vayikra, or Leviticus. It was undoubtedly dubbed “Leviticus” because much of it concerns the Temple services, done by the Kohanim, the Priests, descendents of Aharon HaKohen, of the tribe of Levi.

Here, at the beginning of the book, some of the first offerings to be discussed are those when various individuals commit a serious transgression through negligence — by, for example, forgetting that the behavior was prohibited. And the Torah prescribes different offerings based upon who committed this sin: there is an offering for a High Priest who transgresses. Then there is one for “all of Israel,” by which the Torah means if the Sanhedrin, the Supreme Court, were to rule incorrectly in a matter of law, only realizing its error later. Then there is one for the King, and finally for the common individual.

Long before the modern era, the Jews had a Balance of Powers. No one could claim absolute authority; rather, King David himself had to consult with both the Kohen Gadol (High Priest) and the Sanhedrin.

But furthermore, everyone had to second-guess his own conduct — even the King, even the Sanhedrin itself. There is no equivalent to “papal infallibility” in Judaism; on the contrary, no individual could avoid the possibility of transgression.

We could seek no better proof for the idea that no one is perfect. Everyone makes mistakes. So no one should look back at the past, and lose hope for the future. Nothing can stand in the way of sincerely turning back to the correct path, because G-d will always accept a sincerely repentant person. And as we see in this week’s reading, everyone does indeed make mistakes — even the judges themselves!