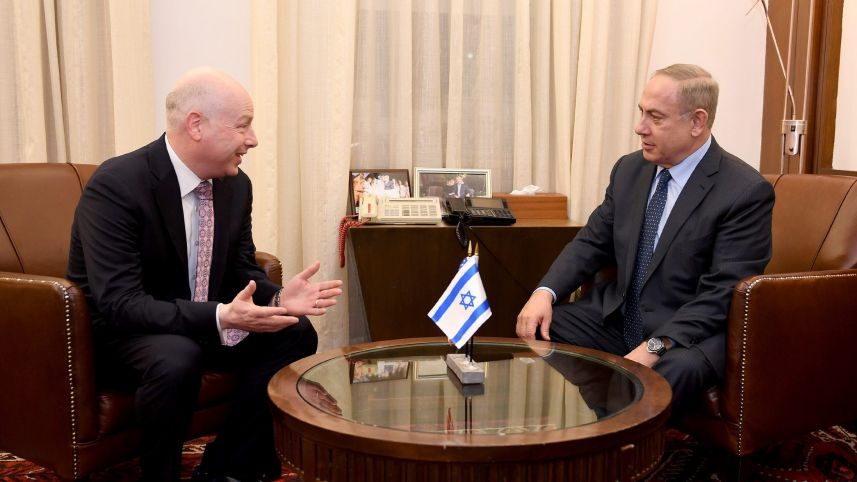 First published in the American Spectator.

The Orthodox Jewish community is still reeling from the slapdown President Trump gave reporter Jake Turx in his press conference several weeks ago. Turx is the first senior White House press correspondent to work for an Orthodox journal, Ami (My People) Magazine. There are fewer than 100 reporters permitted to attend the daily briefings, and Turx even got to ask the President a question.

But no one gave Turx a microphone, and the President couldn’t hear him clearly. He thought he was being asked to defend against charges of anti-Semitism… again. This ridiculous calumny has dogged him since he began his campaign. Trump was piqued and he dismissed the question. Turx was frustrated by the experience, and so were Orthodox Jews. As TAS columnist Jay Homnick jested, “Trump let My People go and Turx let My People down.”

In truth, the man who really let my people down is Steve Goldstein of the Anne Frank Center, who is the paradigm for those in the Jewish community who have done their best to fan the flames. Director of an organization pledging “mutual respect,” Goldstein repeatedly calls the Trump Administration anti-Semitic, using flimsy claims that collapse upon rudimentary fact-checking, both in his Facebook posts and his confrontation with Kayleigh McEnany on CNN.

He and others of his ilk were strangely silent when the previous President called Judea “Palestinian land,” declaring invaders from the Arabian Peninsula to be the indigenous population of the only homeland of the Jews. They expressed no outrage when Berkeley students chanted “we support the intifada,” or when those at Columbia recently declared that “resistance is justified, when people are occupied.” Arab “resistance” is, of course, murdering civilians, a tactic that no one condones unless the victims are Jews. Yet these Jewish liberals were silent in the face of obvious hate.

From the beginning, Trump has surrounded himself with Jews who observe classical Jewish practices. David Friedman and Jason Dov Greenblatt are not merely hired hands, but close friends of the President. Trump traveled to Queens to visit Friedman when he was sitting shiva — in a snowstorm. He does more than “tolerate” his Orthodox grandchildren; Jared Kushner is one of his most trusted advisors. Turx himself said the President has done “unprecedented” outreach to the Orthodox Jewish community.

So if supporters of the anti-Israel “J Street,” such as Reform Rabbi Rick Jacobs, are opposing Friedman for Ambassador as a “zealous partisan” and claiming his boss is an anti-Semite, one must question: do they honestly believe Trump doesn’t like Jews, or are they offended that Trump’s inner circle includes so many who take Jewish tradition far more seriously than they do?

Anti-Semitism is far too serious a matter to be used as a partisan political weapon, and academic justification of barbarity is vastly more dangerous than memes created by “alt-right” Trump supporters. To those a wee bit more objective, this administration is shaping up to be the most philo-Semitic since George Washington wrote his letter to the Jews of Newport.

Team Trump tried to stop the anti-Israel UNSC resolution of last December, and convinced the UK to block the statement of the French “peace conference.” He appointed Friedman as Ambassador to Israel and Nikki Haley to lead the mission to the UN. Her first post-Security Council press conference was both a memorable smackdown of UN duplicity and double standards and a pledge to confront them:

No, instead the meeting focused on criticizing Israel, the one true democracy in the Middle East. I am new around here, but I understand that’s how the Council has operated, month after month, for decades. I am here to say that the United States will not turn a blind eye to this anymore.

We have not seen anything similar since Daniel Patrick Moynihan declared the UN resolution likening Zionism to racism to be “an infamous act” and an “obscenity.” That was in 1975, under President Gerald Ford.

The UN’s hyperfocus upon Israel has far less to do with conventional international politics than irrational anti-Semitism, and Donald Trump seems to know this well. If Trump is what an anti-Semite looks like, I’ll take “anti-Semites” like him over “friends” like Obama any day of the week — and twice on Shabbos.

UPDATE: Since publication of this piece on American Spectator, several additional things have happened:

Education Secretary DeVos strongly praised Agudath Israel for its “leadership and commitment” working to ensure that “every child, regardless of where they live or their family’s income, should have an equal opportunity to a quality education.” As reported by the Washington Post, AI tweeted that this meeting was “truly historic.”

The Trump Administration proposed a budget with massive cuts” to State Department funding, threatening aid to nations around the world, but specifically preserving aid to Israel.

Haley once again condemned a UN statement for anti-Semitic bias (without saying so) using language unheard of since Moynihan:

The United States is outraged by the report of the UN Economic and Social Commission for Western Asia (ESCWA). That such anti-Israel propaganda would come from a body whose membership nearly universally does not recognize Israel is unsurprising. That it was drafted by Richard Falk, a man who has repeatedly made biased and deeply offensive comments about Israel and espoused ridiculous conspiracy theories, including about the 9/11 terrorist attacks, is equally unsurprising. The United Nations Secretariat was right to distance itself from this report, but it must go further and withdraw the report altogether. The United States stands with our ally Israel and will continue to oppose biased and anti-Israel actions across the UN system and around the world.

And during a recent US-Israel meeting, the Jewish touch wasn’t merely providing Kosher food — the diplomatic service had to facilitate Mincha so that one of the participants could say Kaddish. That person was Jason Greenblatt, Trump’s envoy to Israel.