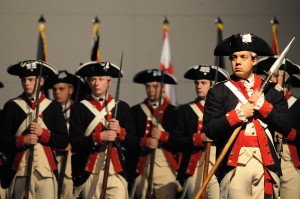 In this week’s reading, the verse says “Lo Sisgodedu” — “do not cut yourselves,” which was a mourning practice of idolators. But the Medrash tells us that the words give us another messages as well: “do not divide, do not split up.”

Someone once asked Rabbi Yisrael M. Kagan zt”l, the Chofetz Chaim, why the observant Jewish world was so divided. Why are there Chassidim and non-Chassidim, and even among Chassidim there are all different types. Some focus more on study, some more on prayer; some are mostly silent while others sing and dance. And that was in Poland in the early 20th century, when most Jews were at most marginally aware of the diversity of Sephardic and Yemenite Jewry. What would the world be missing, he asked, if there was simply one group of Jews, all praying the same way and following the same customs?

The Chofetz Chaim responded that before asking him this question, the questioner ought to go to the Czar of Russia with a similar one: why are there so many different types of soldiers? In their day they had infantry, cavalry and artillery — today that would just be the Army. Could we rationally question why there are different units, whether the world would lack anything if there was only one type of soldier? In order to win in battle, the military needs a variety of techniques, strategies, and strengths.

So too, says Rabbi Kagan, in our ongoing battle against the Evil Inclination. We are all in the same battle, trying to perfect ourselves and make better choices. As someone explained more recently, without the modern Yeshivos of Lithuanian Jewry, Torah learning would not be so strong, and without the impact of the Chassidic movement, Judaism would not be so strong. When we learn and benefit from each others’ strengths, we are united in serving our Father in Heaven.

One Reply to “Division, not Discord”