Exercise more! That two-word synopsis of what the doctor told me is probably familiar to many readers. What differs from patient to patient is which muscles and bones need the exercise, but by a certain age most of us are told to work on something or other to stay healthy. 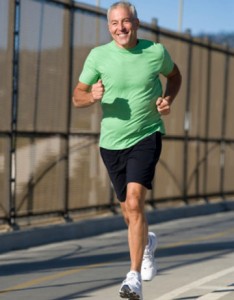 It turns out that our brains need exercise, too. The Alzheimer’s Association reports that “higher levels of education appear to be somewhat protective against Alzheimer’s, possibly because brain cells and their connections are stronger. Well-educated individuals can still get Alzheimer’s, but symptoms may appear later because of this protective effect.” It is almost ordinary to find a Rabbinic scholar in his 90’s with no noticeable loss of his faculties — due to constant exercise of the brain.

In this week’s reading, the Torah tells us that our “moral compass” needs exercise, as well. G-d tells Moshe to assemble everyone and tell them: “be holy!” Why? “Because I, HaShem your G-d, am Holy.” And the very next verse tells each person to fear his or her father and mother, and observe the Sabbath, and repeats: “I am HaShem your G-d.”

Being holy is neither easy nor immediate; it doesn’t just happen by itself. The Torah gives us an example of moral behavior, telling us to treat parents with deference and respect. And it requires us to be intelligent in making moral decisions, as evidenced by the placement of the requirement to observe the Sabbath in the same verse. The Sages teach us that this is to tell us that listening to our parents has exceptions: if told to violate the Sabbath, we must not listen, because “I am HaShem your G-d,” and both parents and children must listen to Him first.

Like anything else, it takes study and practice — exercise — to get it right. Without studying the difference between appropriate speech and harmful gossip, for example, it’s almost impossible not to make a mistake.

They say practice makes perfect. Perfection isn’t really part of the human endeavor… but we can try our best. This is a marathon for which everyone needs to train!