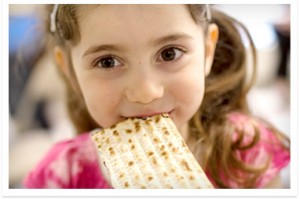 In the Haggadah, we recount the Ten Plagues that G-d inflicted upon the Egyptians. The Toldos Adam quotes the Medrash which says that these plagues, like all of G-d’s rewards and punishments, were done “measure for measure.”

We also read in the Haggadah that no matter how much we already know, it is a Mitzvah to tell the story of the Exodus from Egypt at the Pesach Seder, and the more one goes on and speaks about it, “behold, this is praiseworthy.” This translation, while accurate, is incomplete. Because the word we translate as “praiseworthy,” “meshubach,” comes from the word “shevach,” which refers to the increase and improvement in a field, vineyard or orchard, or even on top of a financial investment. The “shevach” is the profit.

Behold, this is “meshubach:” The Haggadah is telling us that if we spend extra time talking about the Exodus, describing it to our children, bringing to life for ourselves and others what it means to go from slavery to freedom, to become His Nation — this will pay dividends. There will be a profit. We and our families will be inspired not only during Passover, but throughout the year.

Our Sages also tell us that G-d’s rewards are greater than His punishments — everything is “measure for measure,” but there’s a stingy measure and a generous measure, and the latter is used for blessings. So if the plagues meted out on the Egyptians seem harsh, G-d’s blessings are much greater. When we talk “extra” about the Exodus at the Seder, says the Haggadah, we will be richly rewarded!