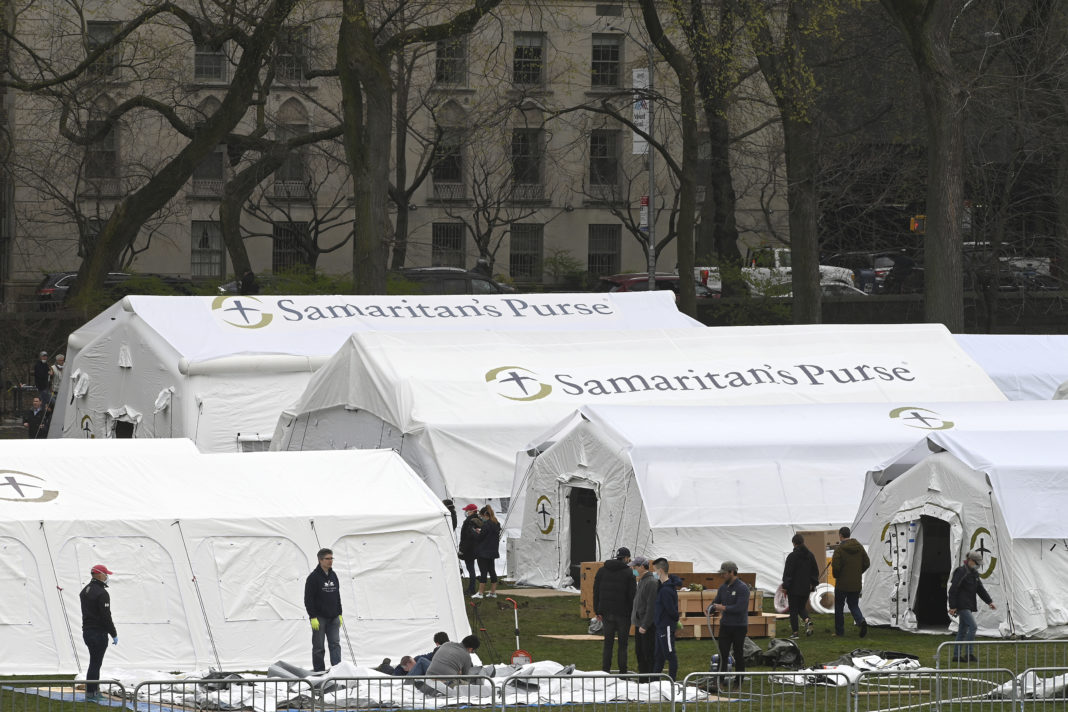 Besides the dedication of healthcare workers and ambulance volunteers across the country (and around the world), we have seen incredible generosity. Elon Musk’s Tesla is manufacturing ventilators, using the patented design that the CEO of Medtronic’s Israel division is giving away free to save lives. The owner of the New England Patriots sent the team plane to China to pick up one million N95 masks, paying both for the flight and half the cost of the masks.

And yet we see the opposite, as well, such as using the crisis for a political agenda. For the left, this is all Trump’s fault, never mind that Dr. Anthony Fauci, described by the NY Times as “the nation’s leading expert on infectious diseases” and the director of the National Institute of Allergy and Infectious Diseases since 1984, said the risk is “just miniscule” in mid-February — because the Chinese were providing false information about transmission of the virus. Let’s not forget that despite Politifact’s attempt to spin the obvious, Joe Biden responded to the ban on flights from China by calling Trump “xenophobic.”

Then there’s the media mocking VP Mike Pence for opening a meeting of the Coronavirus task force with a prayer (never mind that Congress opens with a prayer every day). We are supposed to believe the Samaritan’s Purse field hospital in Central Park is “controversial” because the organization is “anti-LGBTQ” (because they don’t believe a baker should be coerced into celebrating a gay marriage, but that’s besides the point). And then we were told Mike Lindell of MyPillow violated the First Amendment when he encouraged us to “read our Bibles and spend time with our families.”

If that’s not nauseating enough, we then have a New York Post article claiming that a firehouse is stricken with COVID-19 because of a “Hasidic community that largely ignores social-distancing rules,” never mind that, like every community, the overwhelming majority are observing the rules and staying home. The source of infection was a firefighter who defended his father when the latter was convicted of an anti-Semitic terror conspiracy — and who claimed that Hassidic teens sneezed on him when on one was watching, just days after a NY-based Muslim brotherhood supporter told Muslims to sneeze on Egyptian government officials. Apparently neither the NYFD nor the NY Post investigated the truth of Sattar’s accusation before reporting it as fact against the Orthodox community.

We should all aspire to be remembered for the great things we did during this crisis, and not, Heaven forbid, the opposite.