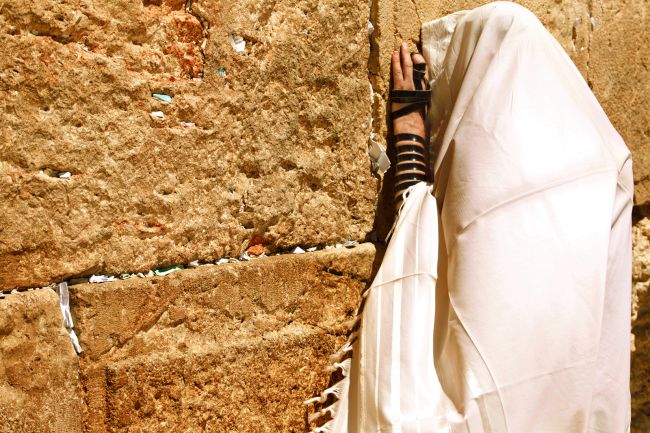 The Torah portion of D’varim, beginning the last of the 5 books of Moses, is universally read on the Sabbath proceeding the Ninth of Av, when we commemorate the destruction of both Temples and other tragedies throughout Jewish history.

Each week’s reading is divided into seven sections, one for each of the seven men called to read. But it is universal practice (or nearly so?) to stop the first person’s reading this week one verse prior to the end of the first section, and begin the second person’s reading at that point. This is because the first verse of the second section begins with the word “Eichah” — the same word the begins the Book of Lamentations (which is thus called “Eichah”). Literally, the word “Eichah” simply means “How” — but it has a sad connotation. In the Torah [Dev. 1:12], Moshe asks: “how can I alone bear your pestering, burdens and arguments?” [In the Book of Lamentations, Yirmiyahu [Jeremiah] begins, “How can she sit alone? The city of a great nation is like a widow…”] So rather than have the second person begin with such sad and even accusatory words, we have him begin a verse early.

Many have spoken about the connections between this verse in our reading, and the Book of Eichah. Perhaps one of the most straightforward is Moshe’s mention of Israel’s self-destructive behavior. What does Moshe mean by the “burdens” that Israel forces him to bear? Rashi explains:

“Heretics” is a strong word. Because they sat around speculating about Moshe’s behavior, even in an uncomplimentary fashion, that makes them heretics? Actually, yes it does. The Sifsei Chachamim says about Rashi that when he uses the word Apikorus, “he means to say rebellious… like a horse without reins.” We find this thought in the Talmud as well [Sanhedrin 99b]: one of the definitions of Apikorus is “one who disgraces a scholar.” That itself is the rebellion against the Torah’s guidance.

Sadly, in our day everyone imagines themselves to be an expert, and even demeans the experts for not being as wise as they are. And if this applies to every area of life, certainly it applies to Torah and its teachers! You can find essays today which describe Moshe in terms no less disparaging than those described by Rashi. And if that is what they say about Moshe himself, you can only imagine what they say about the leading scholars of our day.

The Torah is telling us that this behavior is truly self-destructive. It is the same behavior that Moshe talked about, in the verse tied to the Book of Lamentations itself. Without guidance we are indeed like a horse without reins, imagining we ourselves know the right way forward through the darkness.

On the Ninth of Av, we are not merely looking back at the past, we look at the promise of a bright future. By seeking guidance and following the Torah’s path, we will come out of the darkness of exile and into the light of Final Redemption. May we see that happen quickly, in our days.