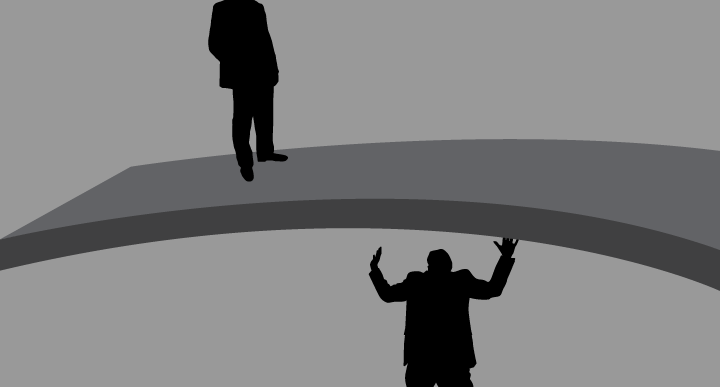 Recently, Rabbi Avi Shafran wrote in these [Hamodia’s] pages that it is important to avoid partisanship, or what he called the “political sports team mentality.” He correctly criticized those who stick to political positions until they “bend over backward to justify the unjustifiable.”

What he did not say, however, is that observant Jews will be deemed “partisan” simply for following the Torah. One political party has now staked out positions on moral issues so grievously divergent from our own that we cannot avoid being described as “taking sides.”

This was not necessarily the case in the past. But to be a mainstream Democrat today, one must support the public celebration of forbidden relationships and the redefinition of marriage, and oppose reserving school bathrooms for the use of a single biological gender. To an increasing extent, one must also believe that Jews in Israel are stealing “Palestinian land,” a notion derived directly from the ancient canards of anti-Semitism, and employed once again to justify atrocities. This is why Lakewood, NJ provided the widest point spread in favor of the President of any New Jersey town last November.

With tremendous respect to organizations like Agudath Israel which carefully lobby state legislators hostile to our basic beliefs, the vibrant and growing Orthodox community is also obligated to respond to the ongoing chilul Hashem created by the leaders of American liberal Jewish movements, who declare that “Judaism” requires support for the aforementioned violations of Torah and “political” positions that threaten the safety of our brethren in Eretz Yisrael.

Consider, as well, that were today’s version of the Nazi boycott spearheaded by neo-Nazis, no one would join. It is leftist groups that are stirring hatred on campus under the guise of an “Israel” boycott. This being the case, criticism of a President willing to condemn bigotry on “many sides” after the riots in Charlottesville was wrongheaded and counterproductive — in fact, he deserved our gratitude.

It is worth dwelling on this example. Rabbi Shafran asserts the following:

An actual fact is that, at the “Unite the Right” rally earlier this month in Charlottesville, one side was entirely composed of white supremacists of varied stripes but the other was mostly comprised of non-radical, non-violent opponents of white supremacy. And that the former group contained no very fine people.

Eyewitnesses, however, tell a very different story. The New York Times reported the comments of Michelle Piercy, who “drove all night with a conservative group that opposed the planned removal of a statue of the Confederate general Robert E. Lee.” The Times, hardly a right-wing news outlet, described Piercy’s feeling that she and others are subjected to “a harsh double standard that demands they answer for the sins of a radical, racist fringe.” These mainstream conservatives were the “very fine people” to whom President Trump referred and contrasted with the “neo-Nazis and white nationalists.”

The claim that “the other [side] was mostly comprised of non-radical, non-violent opponents” fares no better under critical examination. Isabella Ciambotti, a student at the University of Virginia, observed multiple acts of violence against the “white supremacist crowd,” including an older man beaten with a stick while already down until she “screamed and ran over with several other strangers to help him to his feet.”

I stood with a group of interfaith clergy and other people of faith in a nonviolent direct action meant to keep the white nationalists from entering the park to their hate rally. We had far fewer people holding the line than we had hoped for, and frankly, it wasn’t enough… we were prepared to be beaten to a bloody pulp… But we didn’t have to, because the anarchists and anti-fascists got to them before they could get to us. I’ve never felt more grateful and more ashamed at the same time.

From Boston to Berkeley, Antifa used the following weeks to prove the President correct about the bigotry and violence “on many sides.” Thus while it was true, politically, that the President should have specifically called out groups that supported him in the election, his comments were both accurate and helpful to our interests.

So we must question: from where did Rabbi Shafran receive his distorted picture of the reality in Charlottesville? This is not difficult to discern.

Just days after a neo-Nazi drove his car into counter protesters in Charlottesville, there was a much more massive and planned vehicle-ramming attack committed by Muslim terrorists in Barcelona, Spain. Two CNN broadcasters immediately suggested a “copycat” relationship between the attacks — apparently unaware that Charlottesville was the eighth vehicle-ramming attack of 2017, and all of the previous seven were committed by Muslim extremists, all but one in Europe. The idea that Charlottesville provided the model for Barcelona was and remains patently ludicrous, but the media itself has become so partisan that it often cannot report neutral facts.

A nonpartisan stance does not balance objective reality against partisan falsehoods. The fact that Israel attempts to avoid civilian casualties while its enemies celebrate the murder of children is not a partisan, pro-Israel position. Support of comments that call out bigotry and violence on “many sides” is not partisan, either.

And as mentioned earlier, our self-identification as “conservatives” on a host of issues is not, in actuality, partisan, but the unavoidable consequence of being shomrei Torah U’Mitzvos. If we acknowledge that Torah ideas are now understood to be the underpinnings of a first-world society, then stating our true beliefs is valuable shtadlanus as well, good for America and for its millions of Jewish citizens.

This article was first published in Hamodia.