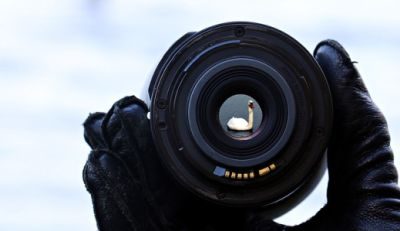 When Moshe sent the spies into the Land of Israel, he did not anticipate two wildly disparate reports regarding what they would find. An argument breaks out between the spies upon their return: only two of them, Kalev and Yehoshua (Joshua), say that Israel should enter the land. The other spies insist that it is a hopeless effort.

The spies concede that the Promised Land is a “land flowing with milk and honey,” [13:27] and bring back huge fruits to demonstrate the bounty they found there. But, they say, it is all worthless, because the occupants are strong giants. Although Kalev says that Israel can surely succeed, the others push back and insist it cannot be done. They repeat that the population are giants, so much so that they saw the Israelites as if they were locusts. For this reason, the spies insist that it would be better for Israel to turn around and return to Egypt.

At that point, Yehoshua and Kalev stand up and say, “the land through which we passed, to spy it out, is a very very good land!” [14:7] And then they go on to say that if Hashem desires to bring them to that land flowing with milk and honey, then none should rebel against Him, nor should they fear.

What was the point of starting off by telling the people that it is a “very very good land?” The other spies agreed that this was the case! They were the ones who first called it a land flowing with milk and honey, and came back carrying huge fruits. In an argument you focus upon the areas of disagreement, so why should Kalev and Yehoshua underscore how good a land it is?

The truth is that the rest of the spies had digressed from their mission in the first place. At the outset, Hashem told Moshe that he may send spies into the “Land of Canaan that I am giving to the Children of Israel.” [13:2] The spies were supposed to see the land, and decide tactically how to enter. Questioning whether it was possible wasn’t part of the mission statement, because G-d said this is the land “I am giving.” There is no question of whether it was possible. Given that they had digressed, Kalev and Yehoshua realized that they needed to first get the nation to focus back upon the value of their goal, and then tell them to rely upon Hashem’s promise.

They understood that having a “good eye” isn’t merely about how you judge what you see, but what you choose to focus upon. They knew that if the people paid attention to what giants the occupants were, they would be afraid to enter their land. But if Kalev and Yehoshua could convince the nation to pay attention instead to how wonderful a land it was, then the people would be receptive to the message of G-d’s promise that they would inherit it.

We are told to judge every person favorably, to see every person with a good eye. Sometimes, this is best accomplished not by trying to see a particular act in the best positive light, but by looking at the totality of the person. The same individual who got angry and acted out in a particular situation might also be the same person who is incredibly generous with both time and money when someone needs his help. A community cannot be judged by the behavior of a few bad actors, not because we can justify how those individuals behaved, but because those individuals do not represent the community.

Part of the harmful effect of Lashon Hora, gossip about others, is that it inevitably focuses our attention upon a single bad action, rather than the totality of the individual. Our obligation is to look at the bigger picture, seeing that the person cannot be judged by a single misdeed, even if true. When we look at others this way, we inevitably find that we live in a much better world!