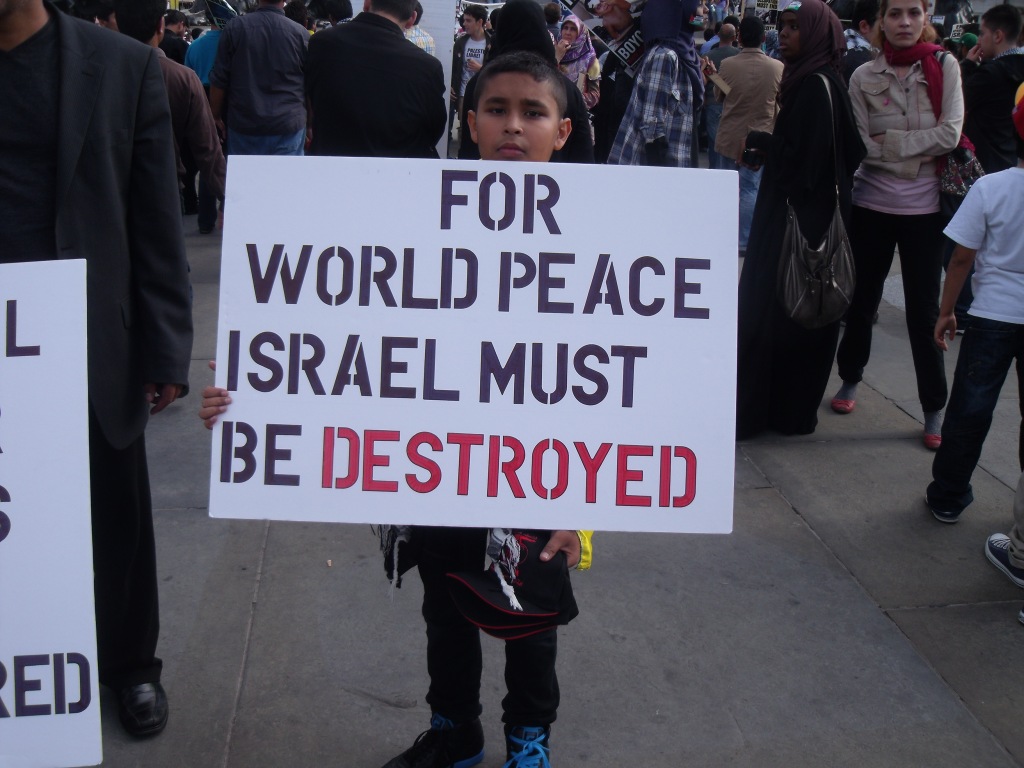 It is indeed a sad day when an article by the editor of a major Jewish publication fully crosses the line in order to adopt an anti-Semitic narrative about Jews and Israel. But when it is the editor of The Forward who expresses her "dread, despair and embarrassment" that Israel avoided extermination in 1967, we can express our disappointment, but few of us are surprised.

She states that as a child, she "truly believed" that Israel's survival was endangered — as if it were simply childish to imagine that "the extermination of Zionist existence" was the Arab agenda. She says that military victory — not the Balfour Declaration, much less the eternal bond between the Jewish People and their homeland — "legitimized Israel’s moral right to exist;" a militaristic, colonialist view entirely foreign to Israeli Jews who lived through the crisis.

Far from a "disaster for Palestinians," the Six-Day War gave Arabs living in Gaza and Judea (what Jordan called the "West Bank" when they occupied it in 1948) unparalleled opportunities: universities, modern medicine, massive upgrades to infrastructure. It also vastly improved their lives, from a human and civil rights perspective, compared to Jordan, Egypt and any other Arab state.

It also gave them something else: the opportunity to slaughter Jews, celebrate barbarism, and blame it on "the occupation." Previous atrocities, from the attack upon Petach Tikva in 1886, to the massacre of the Hebron yeshiva and surrounding community in 1929, to the threatened "momentous massacre" of 1948, and the terrorist attacks of the 1950s culminating in the creation of the PLO terrorist organization in 1964, were all recognized as barbaric and evil. Today we are told that, on the contrary, "resistance is not terrorism." The murder of civilians was "indefensible" for the Irish Republican Army and destroyed the Chechen rebellion, although both constituted "resistance" to true and unquestioned occupations of indigenous peoples in their homelands. Yet it is acceptable for "Palestinian" Arabs. Why the difference? Because in this case, the victims are Jews.

A photo caption to Eisner's article asserts that "Palestinians surrender to Israeli soldiers." This is historical revisionism at its finest. Those surrendering to Israeli soldiers in 1967 did not describe themselves as "Palestinian," but rather "Jordanian." But of course, that level of honesty would vacate the claim that "indigenous Palestinians" are under "occupation."

The name "Palestine" is translated from the Roman Palaestina. It is a name associated with genocide and ethnic cleansing. Hadrian, the Roman Emporer, renamed the land known to its natives as Judea, because the original name made too obvious a connection to its natives: the Jews.

Who are the "Palestinians?" Arabs, of course. Arabs who cannot pronounce "Palestine" in their language — the only purported indigenous people to lack a home-grown name for their so-called homeland. The same Arabs who colonized the Middle East and Northern Africa from their true homeland, a large expanse known as Arabiyya. After each failed attempt to massacre the Jews of Israel, they engaged in pogroms and ethnic cleansing of Jews from their homes across the Arab world; the majority fled to Israel. Today, Arabs point fingers at the descendants of these Jewish refugees, and accuse them of racism towards Arabs. And Jane Eisner, editor of The Forward, joins their cry.

The "checkpoints" were not built in 1967, nor to promote "apartheid." They exist for precisely the same reason that we endure the humiliation of removing our shoes in order to board an airplane. The barrier and checkpoints were built to stop massacres of Russian refugees at a discotheque and Holocaust survivors at Passover seders — not to mention families out to enjoy a pizza at Sbarro's. Eisner does not condemn any of these atrocities. Instead she implies that there is something evil in trying to prevent them.

To traditional Jews, this is not entirely a surprise. The Forward has consistently favored welfare programs, but only as long as they aren't used by Jews. It incessantly obsesses over people leaving Orthodoxy, and groups that help them leave. Should we be surprised that the editor writes a hit piece against Israel, celebrating the canards of anti-Semitism — and on the day when the Jews of Israel celebrate being spared from death yet again?

3 Replies to “A Sad Day for American Jewish Media”