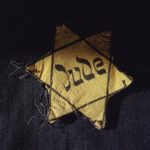 Why are Jews hated? It comes from this week’s reading. “Why is it called Mount Sinai? It is the mountain where hatred [Sinah] descended upon the nations of the world” [Shabbos 99a].

The Medrash says that G-d offered the Torah to various other nations of that time, but when they found out that the Torah had laws against murder, theft and immorality, each nation chose a reason why they did not want to accept its laws upon themselves.

Rabbi Shmuel Yaakov Klein of Torah U’Mesorah gave me a fascinating insight into this Medrash. Wouldn’t it make more sense, he asked, for nations to be bothered by incomprehensible Commandments, such as the laws of the red heifer, which even King Solomon could not understand? Every civilized nation has laws against theft and murder; otherwise you would have anarchy!

Yet what bothered them, he explained, is exactly this idea — that even basic laws, central to civil society, are in G-d’s Hands. Even a king is not exempt, he cannot do as he pleases. The prophets were very critical of David and Solomon, although they, as kings, did so much good, and wrote prophetic works of their own.

A king wants to see himself as above the law, as having absolute power. Everyone else isn’t allowed to steal, but he has eminent domain. Everyone else cannot commit murder, but he is able to call for a royal execution.

This idea, that we are not Kant philosophizing about our own moral requirements, but subject to an absolute standard that we cannot challenge or change, is what they found so offensive. That is the concept that those filled with hatred cannot abide.

Hitler said he was honored to be called a barbarian. His enmity for Jews went along with his enmity for the idea of conscience, which he called a Jewish concept. He even said that he wanted Germans to be ruthless and cruel.

In the end, anti-Semitism is about hatred for an absolute standard of morality. If you’re going to be hated for something, it might as well be for the very best of reasons!