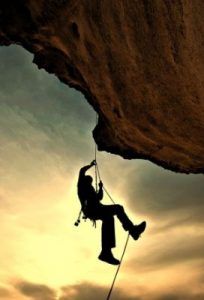 In this week’s reading, we find the well-known account of the spies who went into the Land of Israel. The Jews knew that they were supposed to inherit the land; the job of the spies was to find the best way to enter. Are the people strong or weak? Are their cities fortified? All of these were important for tactical reasons. At the same time, the spies were told to investigate the natural resources as well, to see what sort of land would be theirs.

As far as the latter, they performed their task to perfection. They returned calling the land “flowing with milk and honey,” bringing clusters of grapes so large that two people were needed to carry one cluster on a pole. What a wonderful land it was!

But as far as how to enter and take that land was concerned, the spies veered from their mission. Instead of providing tactical advice, they abandoned all hope — they said it cannot be done. They decided that G-d would not keep his promise, and the Children of Israel would never inherit their land.

Only two spies opposed the consensus: Yehoshua and Calev. Calev told the people, “we should certainly ascend and we shall possess it, for we certainly are able to do so” [Num. 13:30].

What was his message? Rashi quotes the Talmud (Sotah 35), which says that this was far more than mere encouragement regarding their capabilities. “‘We should certainly ascend’ – even to Heaven. If he [Moshe] says ‘make ladders and ascend them,’ we shall succeed in all his words.”

Rav Moshe Feinstein explains that Calev provides us a model for all growth in Torah and performing G-d’s Will. Calev teaches us that it doesn’t matter if it looks impossible! Since what you wish to do is a “D’var Mitzvah”, something HaShem wants done, then if you try, He will help, and you will be able to do it.