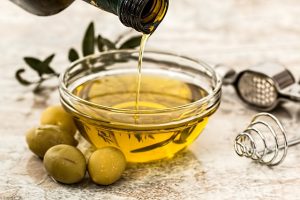 In this week’s reading, G-d instructs Moses to make the anointing oil, describing its composition. He tells Moshe to anoint the holy items and vessels, and the Kohanim Gedolim (High Priests) of future generations. (Kings from the House of David were also anointed with this oil.) And then He gives an instruction to all the Children of Israel, prohibiting anointing anyone else with the oil, or making a replica of it [Ex. 30:25-32].

What is wrong with anointing with or re-creating this oil? Perhaps a person feels motivated to do so to serve G-d — how could that be wrong?

One of the underlying messages of the oil was that the King and High Priest were in a special role. It was important that they feel a distinct obligation, to lead people closer to G-d. If everyone did the same, their feeling of distinct obligation would be lost.

And there is a broader lesson as well: the Torah is laying out guidelines and instructing us about what is helpful for our spiritual growth. We may feel that something enhances our spirituality, where in reality the opposite is true. We may think that we will be more holy if we anoint ourselves with the oil — the Torah says that on the contrary, such a person cuts himself off from G-d.

This is similar to Nadav and Avihu, the sons of Aharon who offered a “strange fire” that, according to many, they had not been instructed to bring [Lev. 10:1]. They thought making their own decision would bring them closer, but they were punished for doing so.

Our connection to G-d has to be “on his terms.” We must learn to find spirituality in what the Torah tells us, even when we imagine another route might lead us higher. He knows what is best for us!