We read this week about the passing of Aharon, the first Kohen Gadol, the High Priest. At the time of his passing, G-d tells Moshe to ascend the mountain with both Aharon and Elazar, his son — and to remove the vestments of the High Priest from Aharon, and place them upon Elazar before his father’s passing. 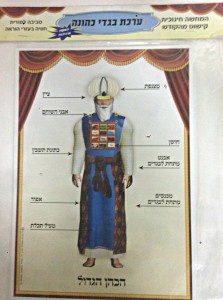 The Sifsei Chachamim points out that this is a unique moment. It was forbidden to leave the Temple Mount wearing those unique garments — so why was Aharon told to ascend the mountain in them, and Elazar to return wearing them?

Aharon was special to the Jewish nation in two ways, which we could perhaps describe as “personal” and “professional.” He, Aharon, was a pursuer of peace, the one who helped people to reconcile their differences. But he also held a critical office in the leadership of the Jewish people, as the High Priest.

Every time a great leader or teacher passes away, it is natural to worry that no one can fill his place, that he was irreplaceable. By having Elazar descend back to the Jewish nation in the Priestly Vestments, HaShem was sending us a message — that as much as every individual truly is unique, the nation will not be leaderless.

Hashem had to order them to ascend the mountain. None of the three, of course, wanted to see Aharon pass away. But Moshe was also ordered to dress Elazar. The impression given is that Elazar would not, otherwise, have wanted to put them on. He would have hesitated, but HaShem showed him that he should wear them. He would never be Aharon, his father — but he would be Kohen Gadol.

Just last year, following the passing of Rav Ovadiah Yosef, who had been the leader of Sephardic Jewry around the world, Rav Shalom Cohen, Dean of Yeshivat Porat Yosef in Jerusalem, was appointed to succeed him as the head of the Moetzet Chachmei HaTorah, the council of scholars that guides Sha”s, the Sephardic party in Israel. While Rav Cohen was a member of that Moetzet since its formation over thirty years ago, many pointed out that he always invested his time in scholarship and in teaching his students, rather than political matters.

It has been this way throughout our history, that the true leaders have not sought leadership, but only to dedicate themselves to God and the Jewish people. They find leadership thrust upon them, often by their own predecessors if not by that predecessors’ other students. HaShem promised us that just as the Jewish people will always survive, we will never find ourselves like a ship without a rudder. The two go together — we will always find ourselves with leaders, to guide us forward through history.