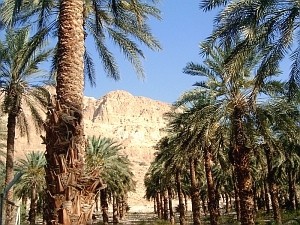 This week, we read the portion of the spies, send by the Children of Israel to go spy out the land that they would enter. This wasn’t, as Rashi tells us from the Medrash, a Commandment — but rather “if that’s what you want to do, send them.” G-d knew, of course, that this was going to be counterproductive, but He allowed them to make their own decision. As we know, they returned with an evil, destructive report.

The Ba’al HaTurim comments that there is a hint to future exile in the very word “send” — the numerical value of “Sh’lach” is 338, and the First Temple was destroyed in 3338.

It seems that speaking ill of the Land of Israel doesn’t go out of style. I was there recently, and a daughter just completed a year of study. A close relative, one much less familiar with today’s reality in the Holy Land, described this as having sent my daughter to a war zone. [We live in Baltimore; need I say more?]

It is sad to contemplate how many Jews now believe that not only is Israel a war zone, but that Israel is warlike, responsible for the ongoing conflict. On campuses across America, Jews unfamiliar with the history of anti-Semitism now lend credence to its modern iteration — the delegitimization of Jews living in our ancestral homeland.

Instead we are told that native “Palestinians” are Arab, and Jews — who never left that land except by force — are “immigrants.” That Jews anxious to simply live in peace are the problem, while those who celebrate murders are simply “resisting occupation.” That terror attacks against Jews should be ignored, while efforts to neutralize those terrorists are Israel “attacking” Gaza.

Reverse the error of the spies — go to the Holy Land and see for yourself. You will see how safe it is, generally speaking. Learn how Israel defends Jewish lives in a more humane fashion than any other army in the world, including those of the US and its allies. And above all, appreciate what it means to be able to stand on holy ground.