My cousin’s daughter is celebrating her Bas Mitzvah this weekend, and as they studied this week’s reading in preparation, they came across one of the classic questions of Jewish philosophy: why do we do what we do? 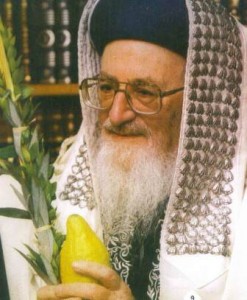 The parsha says that if we follow G-d’s Laws, we will be richly rewarded — but also says that if we don’t, we will be punished. So are we acting out of fear of punishment, or because we want the reward? Our Sages add two additional possibilities: acting out of fear or love of G-d, without regard to the reward or punishment. Similarly, if someone has done wrong and is returning to G-d, the Sages distinguish between one who does so out of fear of punishment, fear of G-d, or love.

Obviously the highest level is to do the Commandments simply out of love. The story is told of Rabbi Eliyahu Kramer, the Gaon of Vilna, who was unable to locate an Esrog (one of the four species taken on Sukkos) one year. His assistant found someone with an Esrog, but he would part with it on one condition only: that all of the Gaon’s reward for the Mitzvah of taking Lulav and Esrog that year would belong to the one giving up the Esrog. The Gaon would share in none of the reward at all.

Observers said that the Gaon did the Mitzvah that year with even greater intensity than his elevated norm. Why? Because he was doing it purely out of love for HaShem and His Mitzvos, without the least concern for the reward he was earning!

It is obvious, though, that sometimes this isn’t enough. G-d never wants to punish us, any more than a loving parent enjoys disciplining a child who has done wrong. But it is sometimes necessary for a person to fear the consequences of bad behavior, in order to avoid it. G-d knows (of course) that we aren’t always up to the challenge of acting out of love alone.

Nonetheless, that is the goal we should be striving to meet. Mazal Tov, Sarah Miriam Edelson, on your Bas Mitzvah, and may you always merit to serve G-d out of love! [And may we all have the same blessing.]