The Sages tell us that the tribe of Yissachar distinguished itself through devotion to Torah study. Yaakov foresaw this, and even among the blessings given to his sons, this one is unusual: 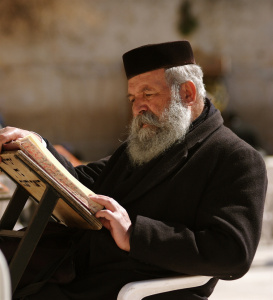 “Yissachar is a strong donkey, who rests between the borders. And he saw rest, that it was good, and the land that it was pleasant, but he bent his shoulder to accept [the burden] and became an indentured servant.” [49:14]

Rabbi Shlomo Yitzchaki (Rashi) explains that a “strong donkey” needs large bones to accept a yoke, in this case the yoke of Torah. His land was good for production of produce, but he bent to bear the yoke of Torah instead, in the service of all Israel.

Yaakov tells us that to become a Torah scholar is the most difficult of occupations. A person has to be willing to take on the burden of study “day and night.” And to do so, he says, is to be in the service of all Israel.

Even in our day, it is a spiritually gratifying yet very difficult profession. The descendants of Zevulun, Yissachar’s brother, shared in that burden and its reward, by supporting their brethren as they learned. That partnership is available to each of us today, every time we give a donation to increase Torah study. That, like learning itself, is being part of the lifeblood of our nation.