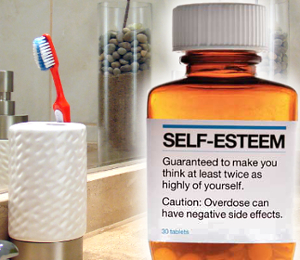 In this week’s reading, Yaakov works for his father-in-law, Lavan, for fourteen years, in return for the privilege of marrying Lavan’s two daughters. Then he goes to Lavan and says, I have a family to feed as well, so I need to make some money for myself also. And in offering to continue working for Lavan, Yaakov makes a pretty bold claim: “for the little that you had before I arrived, it has expanded greatly, and G-d has blessed you ‘to my feet'” [Gen. 30:30]. Rabbi Shlomo Yitzchaki explains that this means “because my feet came to you,” that all of the blessing that you received is because of me.

The Torah speaks a great deal about the value of humility, and G-d praises Moshe as the most humble of all men. How is it that Yaakov would praise himself so bluntly, and in a way that implies his father-in-law would not have been worth that blessing otherwise?

The answer is that nothing in the Torah says a person should dismiss his or her own self-worth. Yaakov knew that this was the truth, and he underscored this point to show Lavan that it was worth keeping him on and agreeing to this arrangement. Moshe may have been the most humble of all men, but he also knew to stand his ground with Korach, because the truth was with him.

A teacher of mine told me of a student who went to his Rosh Yeshiva, the Dean of his Yeshiva, and said that he was having trouble developing humility, because of his many ma’alos, his positive attributes. The Rosh Yeshiva thought to help him and said, “Ma’alos? Who says you have ma’alos?”

The student emerged crestfallen. “The Rosh Yeshiva thinks I don’t have any ma’alos!” And the point my teacher was making was that this lesson worked a little too well — according to him, it took the student about a year and a half to get over it! [It occurs to me now that perhaps my teacher was speaking autobiographically, but didn’t want to say so for obvious reasons. For the record, he is a person of tremendous ma’alos!]

To be humble is the very opposite of feeling worthless. Every person is created in the image of G-d, and every Jewish soul is compared in value to the entire world. It is important for every person to know his or her good attributes and self-worth, yet be humble enough to recognize that in the end they are all a gift from G-d.