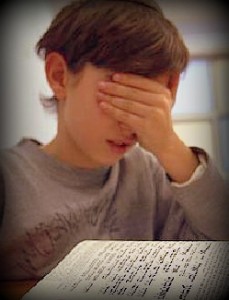 I remember, more years ago than I care to disclose, traveling to Israel for a summer program of study in a yeshiva (rabbinical school) for the first time. I planned the trip carefully; given that the university I was attending ended its year later than most, there were some logistics to enable me to get the group rate discount on my travel expenses.

When I arrived at Ben-Gurion airport, I met an individual who turned out to be headed to the same school. But instead of signing up for a summer program, he had done little more than confirm that he would be able to study there and purchased a ticket. Unlike me, he had no idea what transportation would meet him at the airport. He simply knew that “G-d would provide.”

Now admittedly, it wasn’t such a dramatic “leap of faith” to determine that he was likely to find transportation. But I, quite new to international travel, found his attitude quite disconcerting.

If we look in this week’s reading, we learn that we are not expected to simply utilize blind faith as a substitute for our best efforts. Yaakov does not simply prepare himself for his fateful meeting with his brother Esav — who had presumably harbored hatred against him during all their years of separation — by praying. On the contrary, he sent gifts to his brother, and prepared for war, which included dividing the camp into two parts in case one was lost. He did not simply trust that “everything would be okay.”

To invest our own energy to ensure the success of an effort, while remaining cognizant that what results will be only in accordance with G-d’s wishes, is part of the challenge of living in this world. We are required to make the necessary efforts to provide for our financial security, while knowing that the amount of money each person will have is determined by G-d. We must seek out the best medical advice, while knowing that doctors ultimately do not determine when a person’s time has come.

To make this more interesting, I will point out a somewhat contradictory passage at the end of next week’s reading. Yosef, in jail, interprets the dream of the wine butler, determines that he will be returned to his post, and requests that the wine butler remember him. The sages say that the reason why the butler thoroughly forgot Yosef was because Yosef went out of his way to ask for help. He should have relied upon G-d.

What, then, is the difference? As I begin my research into this topic, I encourage you to please share your thoughts and what you have read or heard, in the comments!